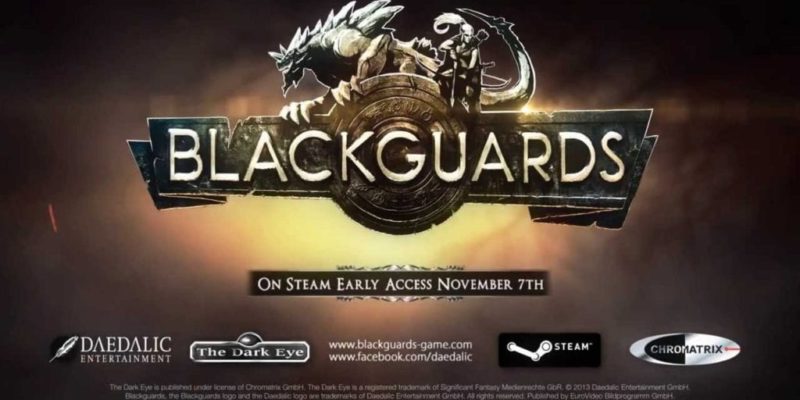 Blackguards casts you as the leader of a band of misfits and criminals… who may be the only ones that can save the world. We’re promised a “dark and mature” story involving crime, drugs, and murder, as well as a branching plotline.

The Early Access version currently contains the first chapter of the game, with the rest of the chapters being released in three week intervals. You can get your hands on it now for a minimum of £17.08, with various other goodies – artbooks, developer interviews, free DLC, free copies of Chains of Satinav – available if you pay for one of the more expensive special editions.

Not sold? There’s a trailer below, which at least proves that it looks rather nice.