What do you think of when you hear the term “black light”? Do you think of counterfeit money? Blood trails in awful cop shows, which also feature computers magically capable of zooming in on images without losing resolution? The 60s? Armoured soldiers shooting each other with improbably large guns? If it’s the latter, then you’re in luck! (And may wish to consider a psychiatric assessment; that’s probably not a normal response to that question.)

Your mental health notwithstanding, Blacklight: Retribution is here (and has been for a few months, in fact) and all of its multiplayer-only shooty goodness is entirely free-to-play. And, for the most part, said shooty goodness is actually rather good.

The basic principle is about what you’d expect: you join a team of other gun-toting men (and women; female avatars are, happily, available) and battle across a variety of maps – some vertical, some horizontal; some big, some small – in order to accomplish a variety of team-based objectives. The usual suspects are all present, from the enjoyably hectic Domination and King of the Hill, through Capture the Flag and Team Deathmatch, all the way to the slightly more unorthodox Netwar, which has you capturing and holding points before trying to bring a communal flag back to one of them. 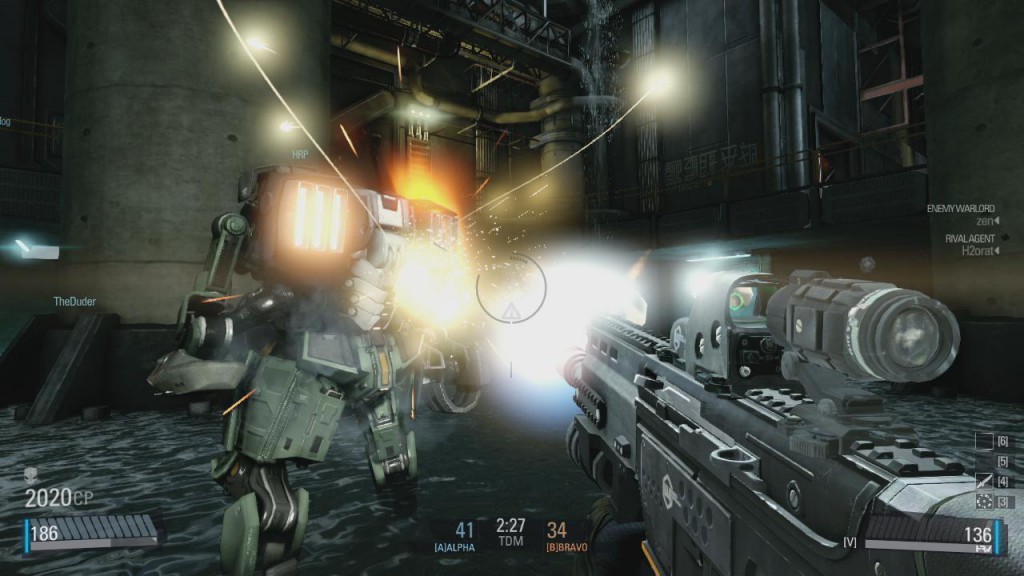 The combat itself is fast-paced. You can’t take much punishment, with a burst of fire usually sufficient to take down most players; this is exacerbated by the fact that your health will only automatically recharge to the 50% mark, so those who’ve been in a few fights are going to die a lot faster than those who’ve freshly spawned. Movement is fairly swift unless you’re aiming down the sights or crouching (which vastly increase accuracy) so you’ve got the usual trade-off between being accurate and being quick.

The basic mechanics, then, are nothing out of the ordinary, but Blacklight has a few twists that make it stand out from the standard.

First and foremost is the HRV, or Hyper Reality Visor, which gives you a brief burst of… well, wall-hacking, quite frankly. When HRV is on you can see through the entire map, with all enemy players, objectives, and weapon depots marked out in bright colours. The downsides are that it takes a second to turn on or off, it takes awhile to recharge, and – most prominently – you cannot shoot while it’s turned on. An opponent coming around the corner just as you flick it on will have more than enough time to cut you down. 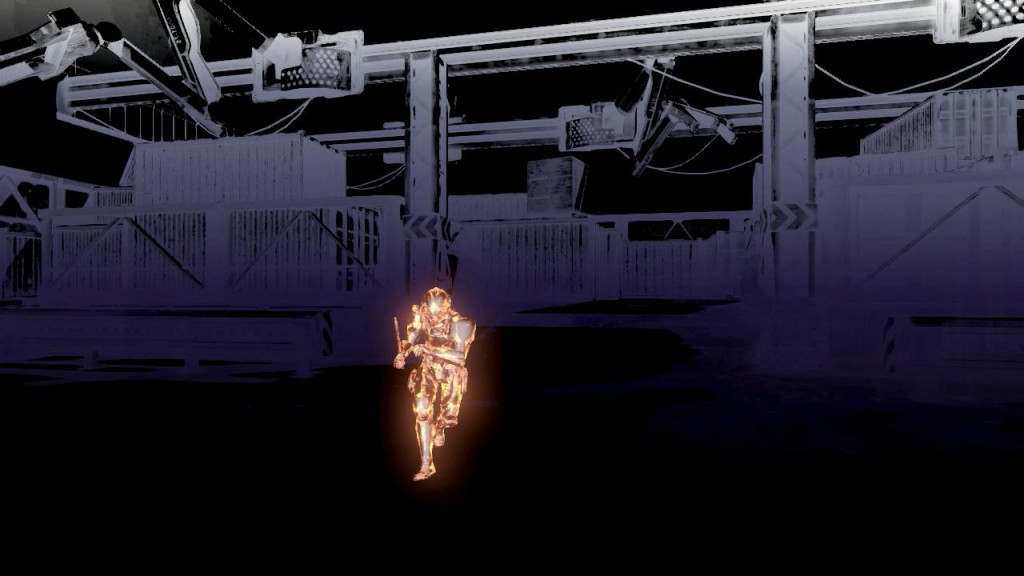 The upsides are that it’s very, very easy to get a complete situational view of what’s going on. This makes camping extraordinarily difficult, because anyone on the enemy team can see where you are at the flick of a button, and smart map design means that you’re normally out of cover from at least one angle. If the enemy team is (whisper it) simply better than you, and you’re having a hard time scoring a kill, you can use the HRV to find a flank they’re not covering, or a capture point left undefended. You can use it to see who’s in a room before you burst in. You can use it to see if people are about to rush into a room you’re defending. It’s game-changing, and it’s brilliant; it has just enough downsides that it can be a very bad idea to use it at times, while still providing you with extra options and the potential for some grand team strategies.

The other major addition is that of the combat depot. These kiosks are dotted around each map, and let you spend a type of currency named Combat Points which only last the length of the match and are earned for kills or completing objectives. You can replenish your health or ammunition, buy specialist temporary weapons like flamethrowers or rocket launchers… or splash out on a Hardsuit, a heavily-armed exoskeleton that, while clunky and slow to move and turn, is strong enough and dangerous enough to hold down an area by itself.

Blacklight has a few problems – I’ve been shot by people when only the tip of their head was visible over a wall; I’ve respawned beneath a descending lift and instantly died once more; the ballistics and shooting take a bit of time to get used to; and the graphics are a little uneven – but unless you’re desperate for absurd graphical fidelity, these are fairly minor blips against it. For the most part, the action is a rousing success which gives access to all of this without demanding a single penny. 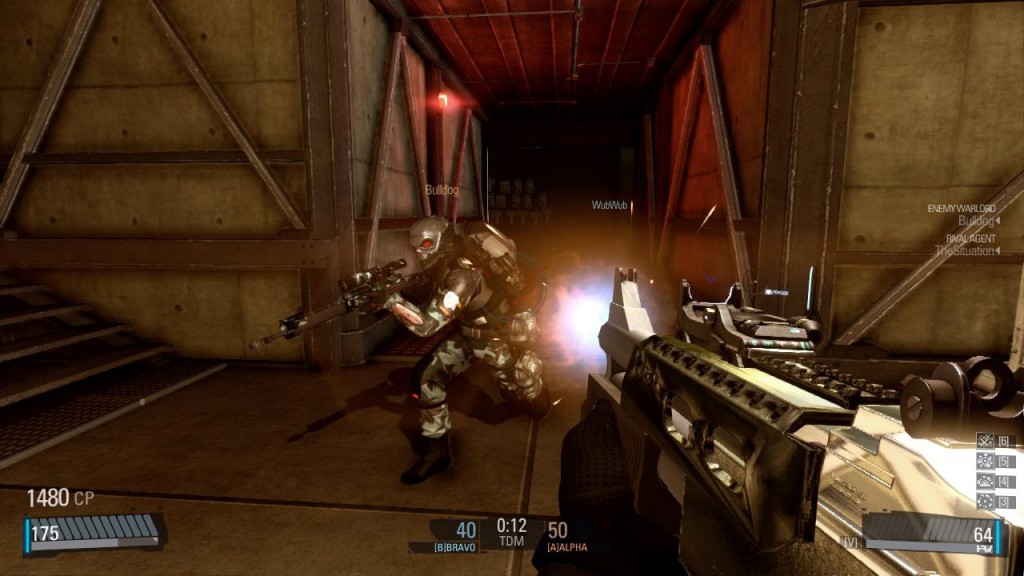 No, my major problems with the game stem from everything outside of the shooting, to the extent that it took an hour or two to get accustomed to how the non-game stuff in Blacklight actually works. The out-of-game interface is a confusing mess of menus, sub-menus, and all-too-regular tutorial windows that offer verbose but bland assistance, and it left me with a throbbing headache the first time I attempted to navigate this maze.

Interface aside, the multiple ways of actually unlocking and using weapons can get a bit weird. There’s Zen, which is the real-money currency, and there’s also the freebie currency – GP – that you earn after each match (and is of no relation to the CP you earn during each match). If you have sufficient Zen then you can buy a piece of equipment, skipping over any level requirements. Alternatively, if you have sufficient GP and are of a high enough level, then you can buy a piece of equipment. 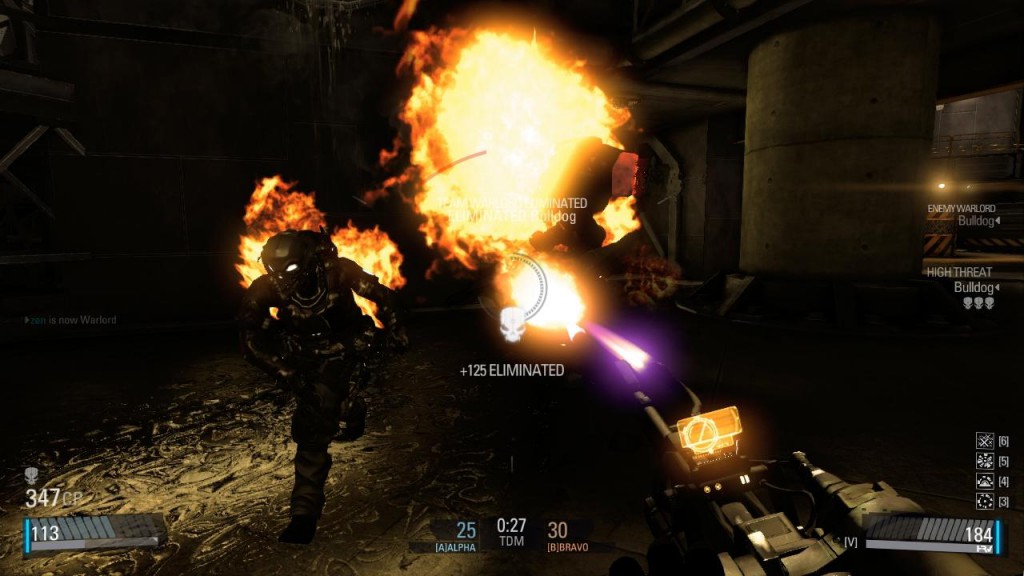 It’s a clever – if cynical – way of doing things. If you want to try out a new gun, then you don’t need to buy it outright; you can just spend a comparatively small amount of in-game cash to try it out for a day. If you like it, then you can rent it for seven days. Of course, if you do that, you’ll want to keep playing in order to get your GP back so that you can rent it again after those seven days elapse, while earning yet more GP so that you can get other things too. And then, eventually, you’ll consider simply paying 25p to buy the gun outright. Thanks to the level of weapon customisation, though, you’ll probably also want to buy a new scope, and barrel, and magazine, and stock, and…

The customisation itself isn’t bad, but I’m hard-pressed to say I adore it. Pretty much every aspect of every weapon is customisable, with various barrels increasing damage at the cost of accuracy and range, or scopes giving excellent zoom but increasing the time it takes to get into iron sights, etc. To that end you can certainly generate a set of weapons to your exact liking, but you’ll have to level up awhile to get access to most of these bits and bobs. Even then, the limited number of loadouts (unless you level up a lot, or pay exorbitant amounts of real money) discourages experimentation; you’re more likely to stick with tried-and-tested weapons than risk a slot on something potentially useless.

Then, inevitably, you go back to the actual action, and all is largely forgiven. 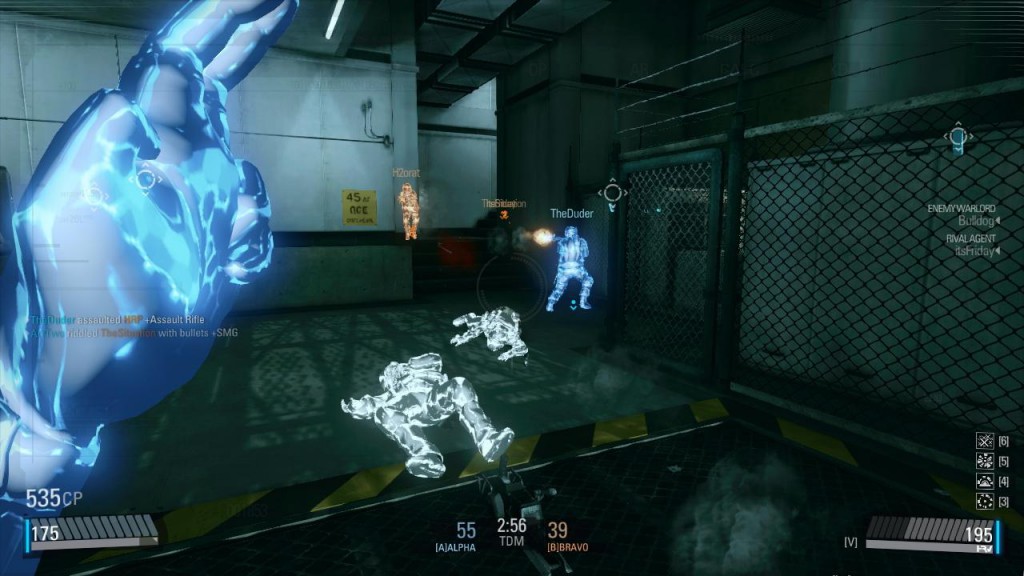 The one genuinely good thing I can say about the free-to-play system is that it isn’t pay-to-win. The default weapons are perfectly viable, and every time you level up the game throws a bunch of three-day freebies at you to play with. Proving Ground servers exist for those between level 1-10, but once you’ve got the hang of how the game works even relative newbies should be able to do rather well on the open servers.

To some extent, I’d consider that the most important thing: this is a free-to-play game which is genuinely fun to play, and you can do rather well at it without needing to spend any money. In that sense, I can heartily recommend giving it a go for at least a few hours. Just keep the aspirin handy for the first time you decide to delve through the menus.

By Otto Kratky7 days ago
Hardware