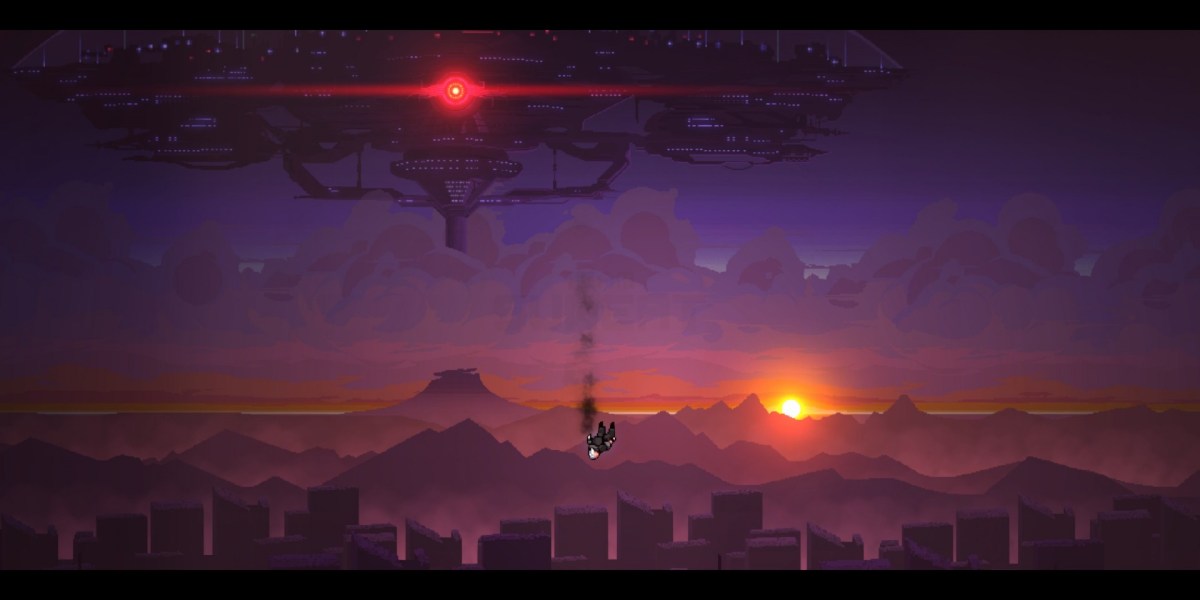 Hot off the enduring success of Skul: The Hero Slayer, South Korean publisher Neowiz is back with another side-scrolling action rogue-lite. Blade Assault enters Early Access today, bringing with it tons of hacking and slashing, as well as hours of upgrades to farm currency for. It’s already quite enjoyable and seems like Neowiz could have another hit on its hands, but the question stands: is Blade Assault worth it?

Blade Assault opens with the player character, Kil, stuck in a cell. He’s been captured for hacking a corporation, so said corporation’s forces picked him up. While stewing, a robot shows up and opens the cell door. It doesn’t take long for Kil to get out of the holding cell area, grab a lightsaber and fist cannon, and start tearing the guards to pieces. But the head of the company sends his right-hand enforcer to dispose of Kil, and he gets electrocuted off a bridge.

Once Kil awakes from his precarious descent, he finds himself in Blade Assault‘s hub. You know, the standard area rogue-lites have at the beginning where you can talk to people and buy upgrades. After you die, you hold onto the money you had, as well as microchips. Money is used to buy permanent stat upgrades and unlock new melee weapon types, while microchips add special bonuses to said melee weapons, such as getting a certain amount of energy back with each successful strike. That’s the bonus I went with, as you spend the game constantly hitting things, so it seems like a solid investment. 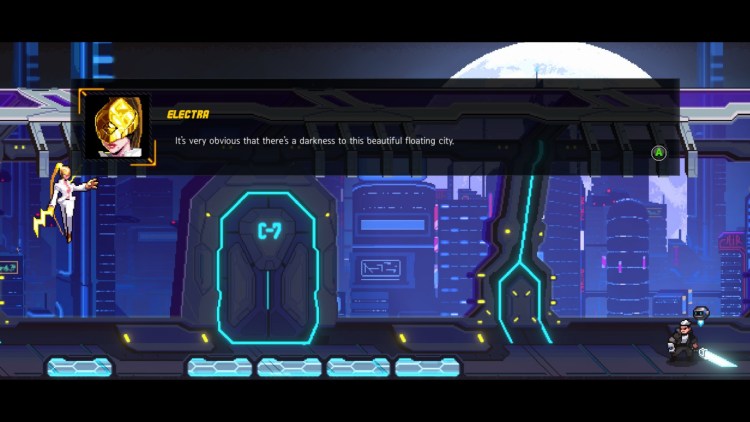 Chainsaw left his brains all

Now, the game’s intro gives Kil a lightsaber, but the weapon upgrade guy in the hub turns it into a laser chainsaw as soon as the prologue ends. Earth Defense Force, eat your heart out. If you’re wondering what sort of rogue-lite Blade Assault is, it’s honestly a hell of a lot like Skul. As in, it practically has the same exact structure. If it ain’t broke, I guess. You exit the hub through a teleporter and are then taken to a level. While moving to the right, the level will fill with enemies and you will need to kill them all to leave.

It plays out as you’d expect. There are a lot of enemies, and you’ll need to hack and slash your way through them. The melee attacks feel decent, even if the game is quite button-mashy. Kil can also dodge, plus he starts out with two combat skills. One is a spinning leap where he flies through the air with his chainsaw spinning in an arc. The other is the aforementioned fist cannon. Both of these use energy, which you can regain over time.

Once you kill everything and make it to the end of the area, two doors will show up with different icons on them. Yes, exactly like Skul. Successfully killing all of the enemies in the subsequent room will then reward you with whatever the icon was, whether it be microchips, the temporary currency you can spend during runs, or even just healing. Every few levels, you’ll gain access to an intermission area where you can purchase some healing as well. Just like Skul. I keep saying that. 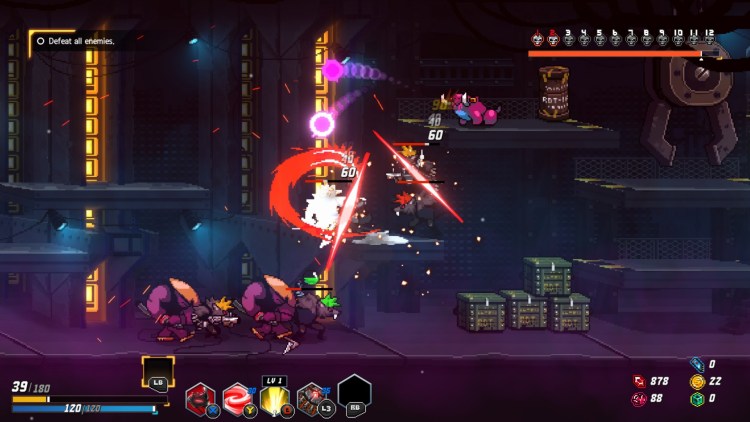 Blade Assault is enjoyable though, and the old permanent rogue-lite progression system is in fine form here, as are the other upgrades. The game is a bit too familiar if you’ve played you-know-what. But that other game is excellent, so that’s not exactly a dealbreaker. I’d say Blade Assault is worth it already in Early Access. Plus, c’mon: laser chainsaw.

By Martynas Klimas7 days ago
Previews