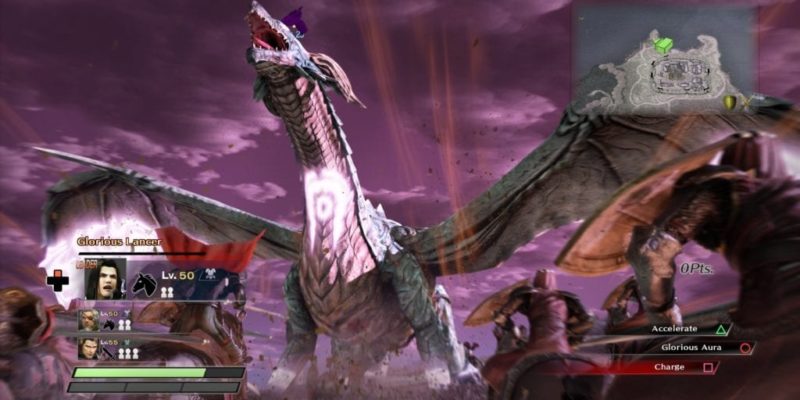 A helpful Koei Tecmo community representative has popped up on NeoGaf to confirm a few details about the PC version of Bladestorm: Nightmare.

The PC release is due to appear on Steam in just a couple of days time (29 May,) but, as ever, there had been questions and concerns about what sort of transition the game would make to our platform. Previous Koei Tecmo published Musuo titles (like Dynasty Warriors 8: Xtreme Legends Complete Edition) have been slightly strange hybrids of the PS3 and PS4 versions.

According to this Tecmo rep, however, Bladestorm: Nightmare will be a little better than previous offerings. Here’s what he lists as features of the PC version.

– Depending on Hardware graphics could be comparable or above PS4.

– Online Features are the same as console versions so it will include co-op, match play, as well as dispatching customized characters.

– Players can also can switch between Japanese version or English version of the game if they wanted to.

So, potentially fancier graphics than the PS4 release, up-to 4K resolution options, and (by the sounds of things) a comparable set of online modes. With a hefty enough PC, you should be able to see Joan of Arc commanding her army of fantasy creatures (yes, that’s what this game is about) in marvellous 4K.