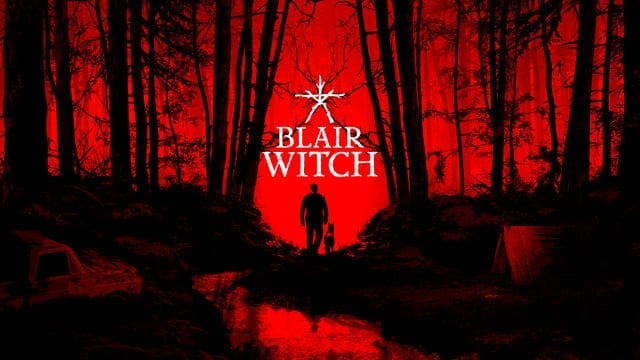 Blair Witch was first announced at E3 for Xbox One and PC this year, during the Microsoft presentation on June 9. The announcement already had a release date, which is set for Aug. 30. Today, developer Bloober Team and publisher Lionsgate Games have released the first official gameplay trailer. The original reveal trailer was a more scattered preview of the game, showing its cinematic introduction along with chaotic glimpses of horror segments. You can see the gameplay trailer below to get a proper idea of what to expect from this first-person, story-driven psychological horror game.

Bloober Team is the studio behind such games as Layers of Fear and Observer, which excel as atmospheric first-person games. More recently, the studio released Layers of Fear 2, which had a rather divisive reception. This is a very specific type of first-person psychological horror game that some might equate to the “walking simulator” subgenre. As we see in the trailer, it has those diegetic interfaces such as a cell phone and a camera screen, and you can also interact with the dog and give it orders. So if you were expecting more of an action-intensive gameplay, the trailer doesn’t show much of that.

To be fair, horror games like this don’t really require action gameplay. Not all horror has to be like Outlast, where you’re constantly running and hiding. It’s more about setting an atmosphere and less about jump scares. Just look at a classic PC horror game like Amnesia: The Dark Descent. You can accomplish a great horror experience without making the player run or fight. And at least based on the original The Blair Witch Project film, you don’t really need monsters to keep the player on edge. However, it looks like there will be some sort of monsters you can face in Blair Witch.

In any case, Bloober Team promises some engaging gameplay with the in-game canine companion, whose name is Bullet. Blair Witch will also feature exploration, command prompts, interactions with the environment, and some sort of combat. “Combat” does strike me as odd, as both Layers of Fear and Observer don’t feature it.

New chapter for the franchise

I haven’t played the original trilogy of games based on Blair Witch from the early 2000s, so it’s hard to tell how it will compare. Just looking at some videos and screenshots, those games look more like something in the vein of Resident Evil, so this new chapter in the franchise will definitely be very different as a first-person immersive horror game. I think Bloober Team will deliver a tense and engaging horror game that just might live up to the legacy of this great horror franchise.

What do you think of the gameplay of Blair Witch? Are you excited about the horror ambiance? Drop your comments below!