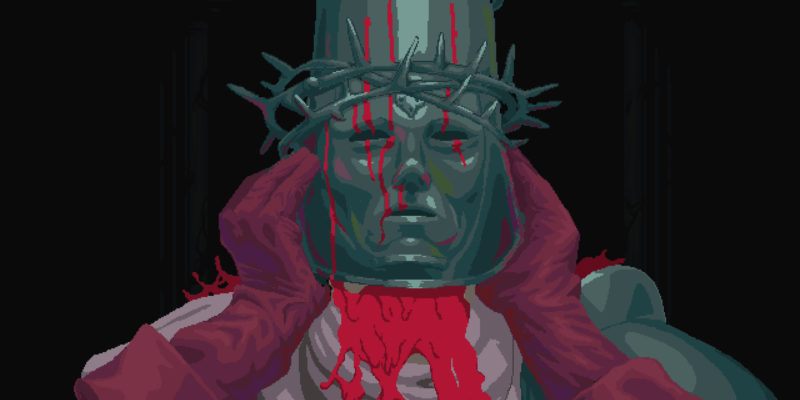 I loved Blasphemous, and found hunting down its many secrets to be an enduring rush. The game received some post-launch support, but there’s going to be even more in store for fans in the foreseeable future. Not only is the first game getting free DLC this December, but Blasphemous 2 has also been announced for a 2023 launch. We’ll be viciously exsanguinating religious figures and cursing the placement of floor spikes like nobody’s business in no time. I’ll never forget trying my best to figure out how to unlock the true ending prior to release with no help. Sadly, I came up short and couldn’t figure it out. I’ll be forever haunted by this.

The upcoming DLC is titled Wounds of Eventide and will be releasing on December 9, which the developers have stated will finish out the narrative of the first Blasphemous. Both the DLC and Blasphemous 2 were teased with an animated trailer that obviously features no gameplay footage. Therefore, we don’t know what to expect from either the DLC or the sequel aside from the fact that they’re both currently in active development. I’m hoping that we’ll see some more detailed information soon. It’s also sounding like a great time to replay the game.

Blasphemous 2 announced, with DLC coming to close out the first game

The Game Kitchen released a statement alongside this announcement as well: “We’re so excited to finally announce that we’ve started on a Blasphemous sequel, the community have shown so much love for the first game and we can’t wait to share more when we can!” If you haven’t played Blasphemous yet, it’s a side-scrolling Metroid-like with gorgeous, creepy pixel artwork oozing with religious iconography. The game already received some free DLC early this year, with challenge rooms and a boss rush brought in to spice things up.

It’s hard to guess what exactly the developer has in store for The Penitent One, but I’m going to guess that it won’t be pretty or friendly.

Monster Rancher 1 & 2 DX heading to the West for PC