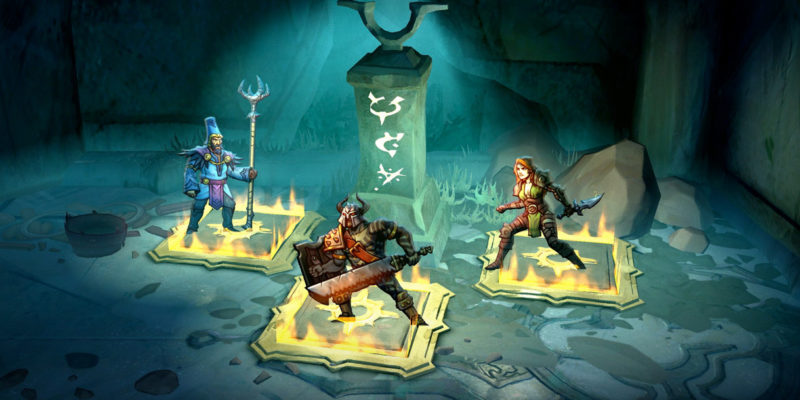 Blightbound is an upcoming multiplayer dungeon crawling game from Ronimo Games. If you imagine a more hardcore Castle Crashers, then it’s easy to figure out. You need a couple of other players to help fill out your team and make the most of the game, however. Luckily, the Early Access version of the game is live tomorrow. The game includes multiplayer matchmaking — which you can do if you don’t have a team already.

Blightbound takes place in a world that has been covered in — you guessed it — a terrible blight, and it’s up to three heroes to cleanse the land of the corruption. Players can choose from one of three classes: the warrior, mage, or assassin. For my first few games, I played as the mage, who fills the support niche for the team. He is able to cast a shield to protect another player and also has an AoE healing spell that is essential for the team. His damage output is okay, and I’d actually venture to say that he’s the easiest class to play. To attack the enemy you simply need to put hover your cursor over them and hold down the left mouse button.

Melee characters, on the other hand, seem to be a bit trickier. You need to get your positioning right to actually hit the enemy. After a few levels of playing the mage, I switched over to the warrior, who functions as a tank for the team. He’s got a shield that builds up DPS-boosting rage whenever it is hit, and he also has a taunt to bring enemies in. However, you need to be on the same plane as the enemy that you’re trying to hit, or else you’ll be swinging at air. Again, positioning seems to be a lot more important with melee combat. 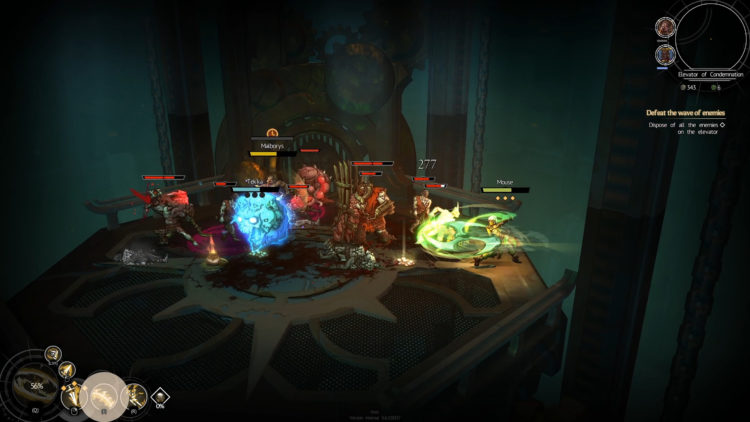 The gameplay itself follows a similar pattern. You venture into a new area and must complete a certain objective, such as rescuing a certain number of survivors. Dungeons are separated into rooms, and some might be straightforward, while others have maze-like corridors connecting different rooms. One particular mission, a journey into a graveyard, was particularly confusing for our team. Once we completed our objective, we received a warning: the bells were tolling for us, and we only had 10 rings to escape.

It’s a strange brew of side-scrolling and action RPG mechanics, but it worked for the few hours I played. 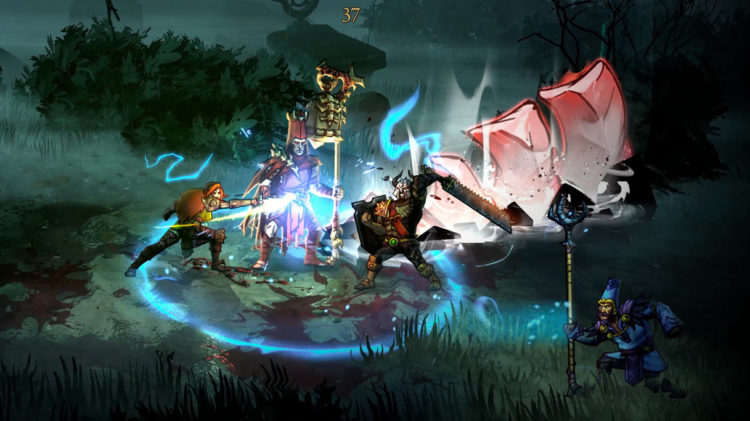 Befitting its name, the world of Blightbound is satisfyingly grim. At the beginning of the game, your home-base, the Refuge, is a desolate place. It must be improved by successfully completing missions. As you progress through the game, you’ll unlock new artisans that allow you to craft or improve your heroes. Playing as the mage, I threw a few more points into willpower so that my abilities would recharge quicker. If I could cast shield more frequently, our warrior could keep aggro longer, I figured.

I dig Blightbound‘s art style, and I only hope it improves during its time in Early Access. It has a simple, bleak aesthetic that helps reinforce the game’s story: The sun is cracked open, and the world is covered in blight. I do, however, want to take note of enemies’ death animations. When you kill them as the assassin or warrior, they are diced up in a pleasing manner.

If you and a couple of friends are looking for a new game to pal around together in, Blightbound seems like a nice bet. There seems to be plenty to enjoy here: crafting, combat, questing, and improving the Refuge. Blightbound enters Early Access on Steam on July 29.

Phantasy Star Online 2 is coming to Steam on August 5

By Logan Broadley18 hours ago
Previews