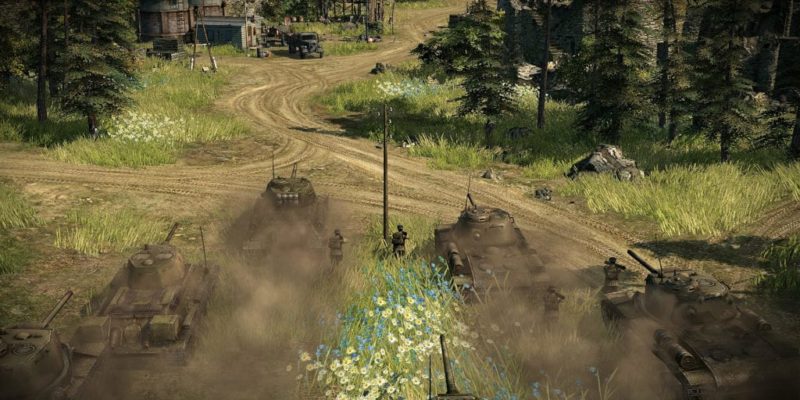 I have fond memories of the Blitzkrieg series. When the original was released it was very different from all the usual base building Real-Time Strategy titles kicking around in the early 2000s. Blitzkrieg 1 and 2 also looked great, and offered a different type of strategic play that made you think about your individual units and actions on the battlefield.

A decade on, developers Nival are back with Blitzkrieg 3. The game has been in Early Access for a while and looks like it could be everything you’d expect from a new Blitzkrieg title. Great graphics, realistic units, and strategic gameplay that’s going to massage the old brain matter.

The Early Access version of the game currently comes with a few historical missions featuring three main WWII factions; the German, US and Russian forces. Nival have stuck to what they know best with this third installment, but it does offer something new in the form of the game’s multiplayer – which still feels quite experimental.

Nival have thought long and hard about how they wanted to approach a multiplayer mode and have come up with something a little different. There’s none of the usual find a player online and start hammering it out in real-time on a WWII battlefield. Instead, they have created a system where you manage a main base, progress, upgrade and then take on other players who are not actually online playing live. The question is, does this work? 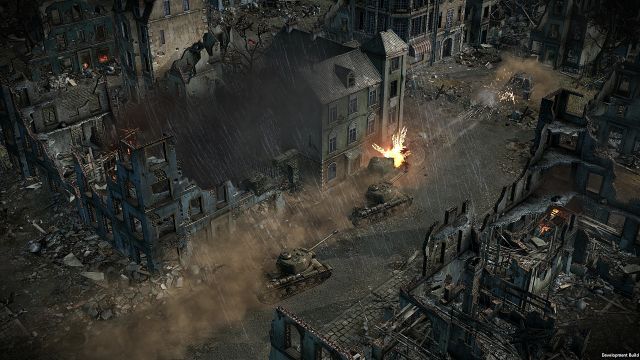 Starting this Early Access version was a daunting task because players are thrown into the single player historical missions with a very basic amount of training.

Anyone who’s not played the previous games will probably suspect there’s something wrong with the difficulty balance, because these campaign missions are hard. And I do mean hard. I was left scratching my head a few times, convinced that a couple of the scenarios were actually impossible. Right now there are five historical battles, but that’s only a fraction of can be expected when the game eventually releases.

Unlike a lot of RTS games where it’s a case of massing units and then forming an all-out strike, Blitzkrieg 3 will stretch the player. You need to have a complete understanding of the battlefield and most importantly a unit’s strength and weakness. If you don’t get that nailed reasonably quickly then completing missions or progressing in the multiplayer battles can be incredibly difficult. Knowing when to hold a position, when to garrison buildings, and what troops work best against which particular enemy is essential.

The purpose of this preview is primarily to take a look at the multiplayer, because it’s a little different to what you’d expect and it may or may not appeal to everyone in its current form. Whether you’d be satisfied with Blitzkrieg 3’s multiplayer depends on your gaming habits and how much time you want to invest in the game.

The multiplayer starts slow, with some basic missions to familiarise the player with the concepts of base management (different from the campaign missions where there are pre-selected units). There are numerous building laid out: a vehicle building facility, defences, fuel, barracks and so on. These key buildings are where players create units and defences to protect their base, and build forces to attack other players. 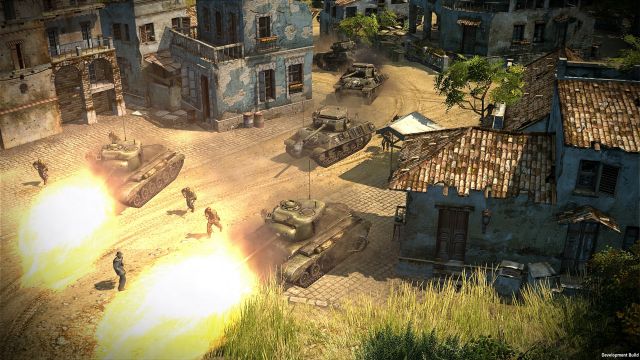 The first few training battles are simple affairs on small maps. They involve a few troops and the always-familiar ‘capture the objective and raise the flag’ scenario. Once these are complete and resources have been earned from victory, your main base of operations needs to be expanded, and your buildings upgraded and enhanced. This involves using the funds you’ve earned in battle to upgrade each of the buildings to unlock higher tiers of units, which will then be used for either attack or defense.

Your base is situated on a standard map and needs to be defended from attacks by placing vehicles and defensive structures. Once these are down, other players will have to battle their way through them to wipe you out. The more successful you are in your own attacks against other players, the more resources you will have to buy and place better defences and additional units.

To be clear, you will not be battling other players ‘live’ in this asynchronous mode, what you are doing is attacking other players’ maps and their base while they are not there. Think of it as a pre-made scenario created by another player. Meanwhile, they can be doing the same to you.

At the top of the screen there’s a large ‘battle’ button. Once this is pressed, troops and vehicles are selected to take into a battle situation against another player’s map. The amount and tier of troops and vehicles that can be taken into a battle depends on how far you have progressed and upgraded buildings to unlock better units and also how many resource points you have available for your attacking force. 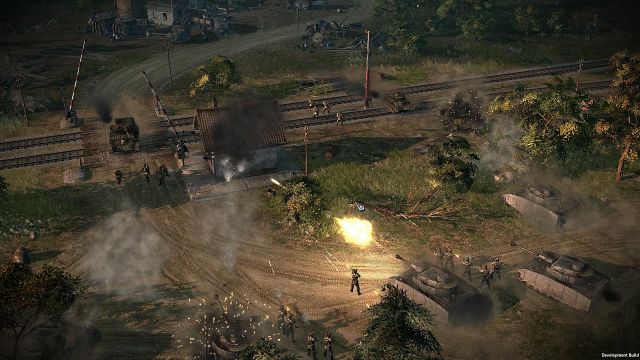 A recent addition to the game are Generals; commanders who each have their own unit specialties in defence or attack, such as commander of air or infantry. It’s hard to tell how these will play out at the moment because changes and additions to the game are happening all the time, but they should add more flavour to the game once the system is more refined.

I’ve been messing around with this asynchronous system for a few days now and I’m not really sure whether it’s a mode that would keep me playing. To me it feels quite repetitive and lacks the excitement of a ‘live’ one-vs-one, but it really depends on what you want from a multiplayer mode. If you’re stretched for time and prefer shorter bouts, it’s perfect for that.

If you’d much rather be playing standard Player-vs-Player, don’t worry. Nival are still experimenting with other multiplayer modes (including real-time PvP), and there have also been mentions of co-op. Following the Early Access development threads has been really interesting, because this is a developer that is actually fully interacting with the community and listening to the feedback they’re providing. That could be reason enough to keep a close eye on Blitzkrieg 3 as development continues. 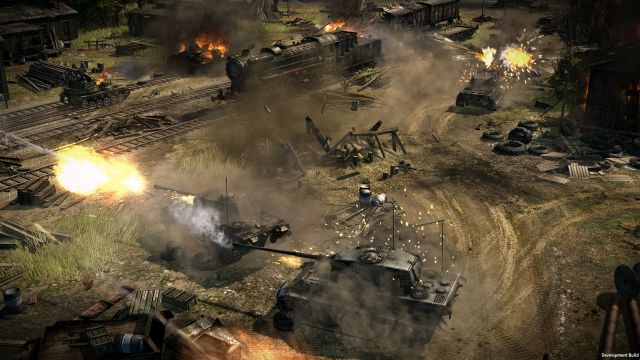 The Blitzkrieg series of games have always been enjoyable, and Nival appear to be on the right track again with Blitzkrieg 3. However, it’s difficult to gauge how the final game will turn out with so much still being open for discussion. There’s definitely a solid foundation and all the hallmarks of strategic Blitzkrieg gameplay are slotting into place, but it needs more time and more feedback from players to make this a classic.

If Nival follow through on adding features like co-op play and more multiplayer options, then this could be a great addition to the series and give games like Company of Heroes 2 a real run for their money.