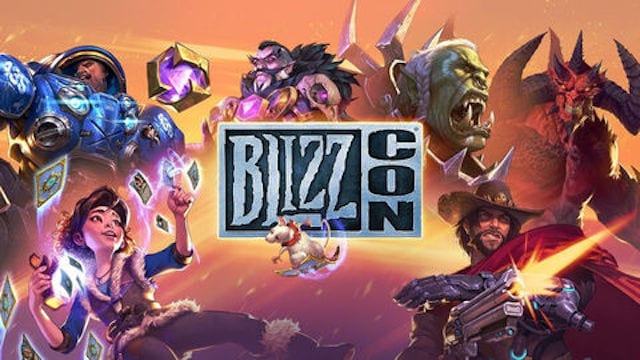 Things aren’t so hot for Blizzard, considering its community is up in arms over its recent decisions over suspending certain players. But it looks to gain some momentum back with BlizzCon next week, as it reportedly has big plans for the show.

The full schedule of events just went up on the official BlizzCon website. It shows what’s going on during the event on all of its stages. There’s a Mythic Stage, where all the announcements are set to take place. In addition, there’s a Legendary Stage, an Epic Stage, and various tournament stages. However, it looks like some big announcements are coming to the Mythic Stage, with the words “Coming soon!” highlighted.

What can fans expect from Blizzard?

Well, there are four time slots for announcements in total, but here are some guesses as to what might be on the way.

The first is Diablo IV. This has gotten a number of hints over the past few weeks, including a recent art book listing. And with the fallout the company went through last year following Diablo Immortal’s announcement, one would think it finally needs to happen. You can see the tweet again revolving around that listing below.

If this is true, information about previously leaked Overwatch 2 may be correct. pic.twitter.com/J3cmfciGNt

There’s also the possibility of an Overwatch 2 at BlizzCon. This has a few teases as well. Not to mention that Blizzard reportedly cancelled a Battlefield-style StarCraft game to focus on its development. The original did just come out for Nintendo Switch, so there’s some momentum that would tie in for a sequel announcement.

As for the other two, they’re unknown. Something Warcraft-related could be on the way, and there’s also Hearthstone to consider. Or it could be an entirely new franchise, taking everyone by surprise.

Whatever the case, we’ll keep following the story as the show nears. BlizzCon will take place from Oct. 31 through Nov. 2 in Anaheim, California.