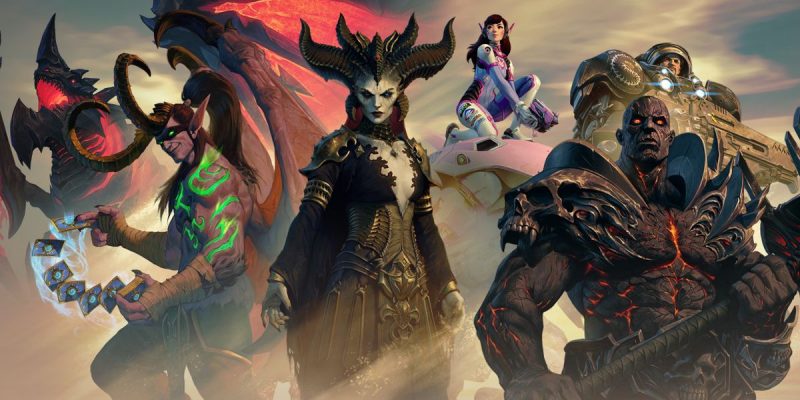 As you’ve surely been aware since last year, Blizzard is taking its big gaming showcase, BlizzCon, online. Now titled BlizzConline, which makes a lot of sense, the show is taking place over the course of two days, and is completely free to enjoy. Earlier this month, the company offered a quick tease on what to expect at the show. Naturally, both Overwatch 2 and Diablo are on the menu, as well as Blizzard’s other staples such as World of Warcraft. Today, the company revealed BlizzConline 2021’s entire schedule. It’s about as expected. Well, there’s also a cooking show, and now I feel more invested.

As mentioned, the show will run for two days, beginning February 19. It all kicks off at 5 PM ET with an opening ceremony, which will undoubtedly feature Blizzard president, J. Allen Brack, not apologizing for stuff. Following the one-hour, 10-minute presentation, the show will be split into six categories. Using the categories, you can keep tabs on your Blizzard interests. The channels are: Blizzard, World of Warcraft, Hearthstone, Diablo, Overwatch, and Strategy.

Naturally, many of us are looking forward to a couple of games in particular. Diablo IV and Overwatch 2 have been in the works for some time. Even though we may sadly not see them this year, there’s little doubt they will have an appearance during BlizzConline 2021. According to the BlizzConline 2021 schedule, there will be a “Diablo: What’s Next” presentation starting at 6:10 PM ET, which lasts for 40 minutes. There will also be a Diablo Deep Dive happening later at 8 PM ET. Hopefully we’ll learn more about Diablo IV at either showing. An Overwatch 2 presentation will go live with “Behind the Scenes of Overwatch 2,” which begins at 6:10 PM ET. If you miss any showings of either, there will be rebroadcasts later.

The following day, February 20, includes all the additional fluff. It begins with Q&A sessions across all games, as well as an Overwatch competition, a Hearthstone streamer showdown, artist presentations, and a… cooking workshop? Yes, there’s a World of Warcraft: Cooking Workshop beginning at 6:15 PM ET on Saturday. Here are the details, provided by Blizzard: “Chef Lulaboo is in the kitchen preparing dishes inspired by the food and ingredients of Azeroth. Join her to learn how you can craft them at home!” Fascinating.

BlizzConline 2021 begins February 19. Check the schedule, and watch the show on its official page.

Erzurum — Is it worth it?