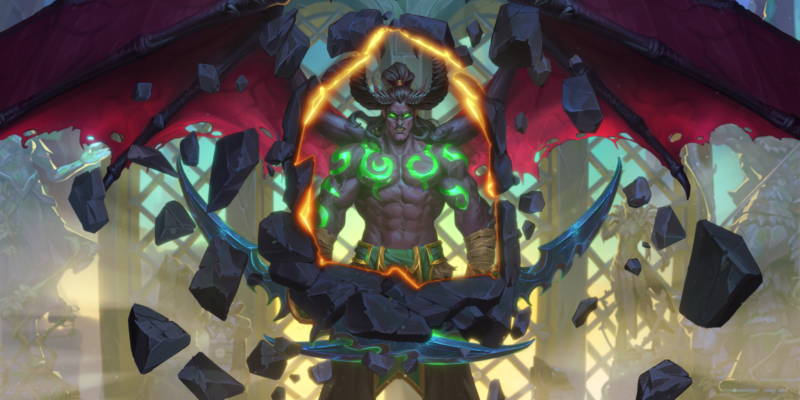 In true Illidan Stormrage style, Hearthstone‘s newest hero is proving too powerful, and it’s scaring people. As a result, Blizzard Entertainment has decided to do something about him. Again. Illidan, the hero of the new Demon Hunter class, has only been out for a couple of days, but a post on the Hearthstone forum has revealed that some nerfs will be applied to a handful of the class’s cards today.

If you haven’t yet unlocked the Demon Hunter class, all you need to do is complete the free prologue. The prologue is a series of four battles that tell the story of Illidan becoming the first Demon Hunter. 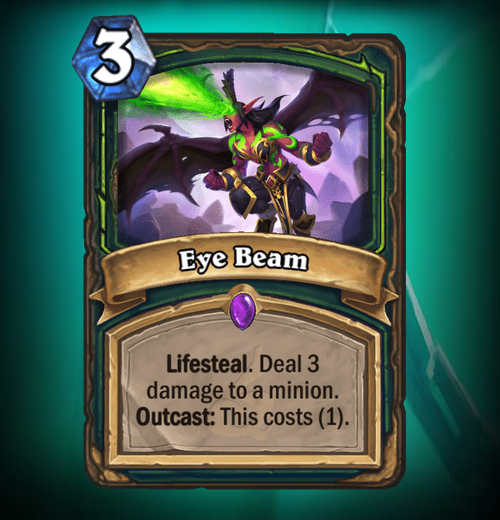 Outcast is a new Demon Hunter-specific mechanic introduced with Ashes of Outland. Any Outcast card played from the left or right-most position in your hand will trigger an effect. The developers likely thought this would be tougher to play around, as many Outcast abilities seem very strong and help the Demon Hunter dominate the board. Hence, the team must now nerf some Outcast effects in order to keep things in balance.

The first of these changes comes with Eye Beam. Its Outcast ability previously allowed players to cast it for zero mana. Now, this effect will instead make the card cost one mana. 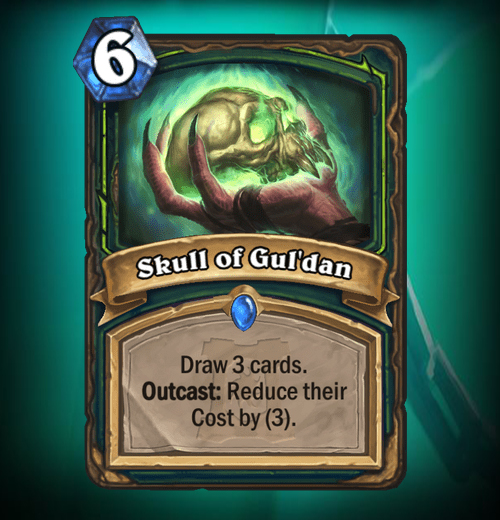 The next card hit with the balance bat is Skull of Gul’dan. The card’s cost is being increased from five to six mana. This is an attempt to try and slow the pace of the far too fast Demon Hunter. Being able to draw three cards that have their cost reduced by three mana on turn five is far too powerful.

To be honest, slowing it to turn six may still not be enough of a nerf. We’ll have to wait and see how Blizzard and the players feel in the future. 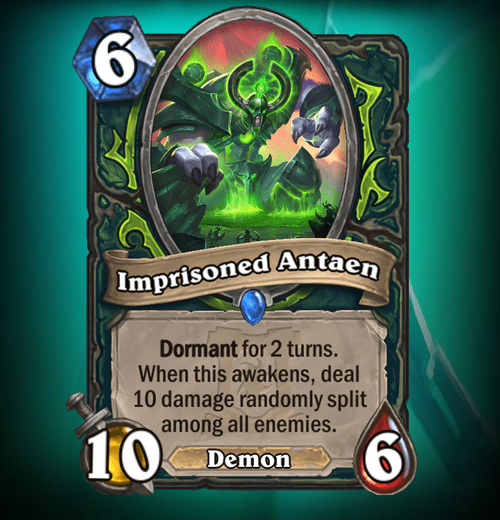 Imprisoned Antaen is the next card being slowed down. It will also have its cost increased from five to six mana. This shouldn’t be that surprising – the Dormant mechanic is a new addition that arrived with the Hearthstone: Ashes of Outland expansion, after all. It was inevitable that some of these cards would require balancing. 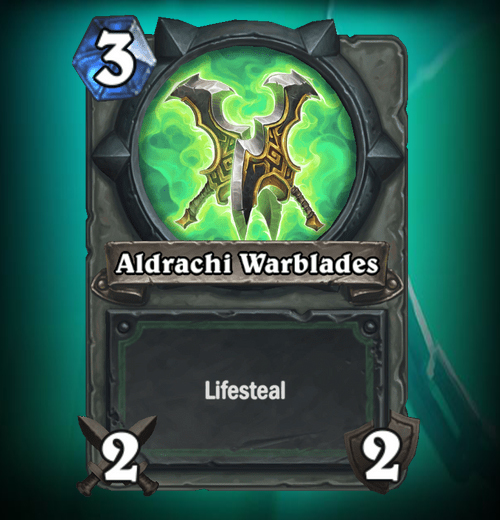 Finally, the Demon Hunter class has a lot of synergy with weapons in Hearthstone. And apparently, it has too much synergy with the Aldrachi Warblade. As such, this card’s durability will decrease from three to two.

Players who wish to refund the cards receiving changes for Arcane Dust can do so for the full cost of crafting the card.

Keeping an eye out

The Hearthstone team has been quick to make these changes – far quicker than usual. The result of this is that the card changes are live, but will only be displayed in matches for now. They will not show in your collection just yet. Another patch will ship from the server-side to the client-side tomorrow, which will update your collection to show the card changes.

The last thing mentioned in the quick fix is that many Demon Hunter cards have had their offering rates reduced in Arena. You can check out the full list on the Blizzard forum.