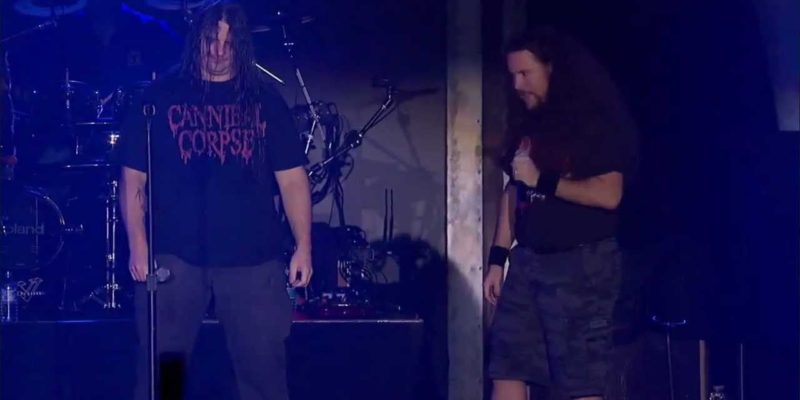 During BlizzCon Cannibal Corpse’s George Fisher took to the stage to perform with Blizzard’s in-house band Level 90 Epic Tauren Chieftain but it backfired.
Blizzard’s CEO Mike Morhaime has had to apologise for anti-gay language used by Cannibal Corpse’s George Fisher in a video interview which was shot at a Metal festival then edited with the language beeped out and shown at BlizzCon.
Rather stupidly nobody at Blizzard thought that anyone would view the original video which was packed with language that would offend members of the gay community.
The fiasco caused a bit of an uproar within the Blizzard community, not only from the gay community but also the Alliance who took great offense that their faction was being slagged off.
While the Alliance faction may be offended, I think they forgot that WoW is only a game, on the other hand the gay community is right to be upset when a video like this is shown at a public event. It was incredibly naive of Blizzard to show the clip.
Why Blizzard invited George on the stage to growl like a dog for 5 minutes and throw his hair around is puzzling but it has now prompted a full apology from Blizzard’s CEO Mike Morhaime after pressure from GLAAD.
Dear members of the Blizzard community,
I have read your feedback and comments about this year’s BlizzCon, and I have also read the feedback to the apology from Level 90 Elite Tauren Chieftain. I’d like to respond to some of your feedback here.
As president of Blizzard, I take full responsibility for everything that occurs at BlizzCon.
It was shortsighted and insensitive to use the video at all, even in censored form. The language used in the original version, including the slurs and use of sexual orientation as an insult, is not acceptable, period. We realize now that having even an edited version at the show was counter to the standards we try to maintain in our forums and in our games. Doing so was an error in judgment, and we regret it.
The bottom line is we deeply apologize for our mistakes and for hurting or offending anyone. We want you to have fun at our events, and we want everyone to feel welcome. We’re proud to be part of a huge and diverse community, and I am proud that so many aspects of the community are represented within Blizzard itself.
As a leader of Blizzard, and a member of the band, I truly hope you will accept my humblest apology.
– Mike Morhaime President, Blizzard Entertainment
The original video interview is still on Youtube but be warned it does contain offensive language and shows what a clever chap Mr Fisher is. The edited video that was shown is also available on Youtube.
I thought all this growling passing off as singing died off in the nineties, obviously not. Anyone else remember Napalm Death?