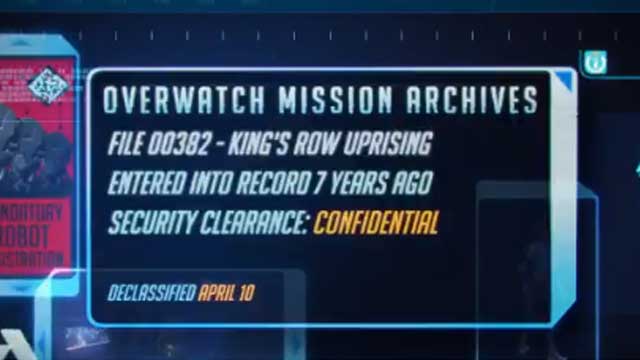 The Blizzard Overwatch launcher is teasing something new that will be revealed on 10 April. The launcher and tweet that went out simply reads:

On the left of the screen an image pops up saying “Mandatory Robot registration”, then two faded images appear in the left and right behind the message. The quick clip below shows how it looks.

Based on what’s on show here it indicates that the Uprising event is returning and will be starting soon. It took place in May last year. In Uprising, players need to work as a team of four traveling seven years (now eight) into the past as Tracer, Torbjörn, Reinhardt, and Mercy. The streets of King’s Row are being overrun by Omnic separatists and you need to go in and clean up.

There is speculation that something more will be happening with Uprising this year based on the quick clip and the recent discovery of a new mural in Sydney which was also done last year for the Uprising event. Another ARG about to begin perhaps?