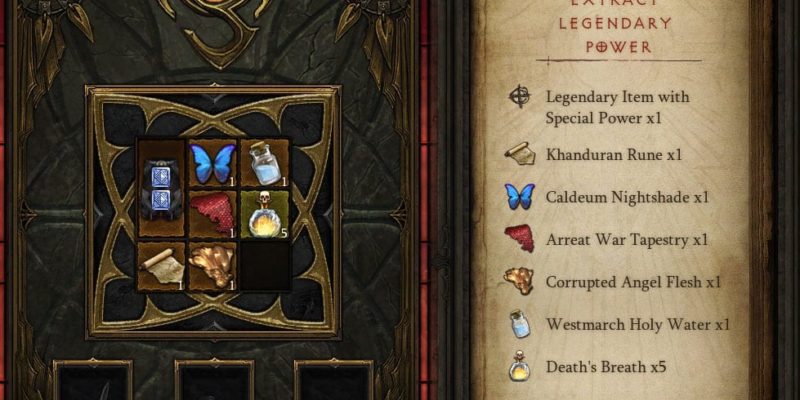 Already live on the Diablo 3 PTR, patch 2.3 brings Kanai’s Cube into play and Blizzard explain what it does and pay tribute to a great artist Kevin Kanai Griffin who recently passed away.

Diablo 2 players will know the Horadric Cube well and Kanai’s Cube is the Diablo 3 equivalent. We have already posted about the Kanai’s Cube previously and there’s an extensive article on its powers over on DiabloWiki which covers more details than can be found in Blizzard’s update today.

To quickly recap, the Cube allows players to extract Legendary powers from weapons and reforge legendary weapons. It’s a powerful tool that should add more variety to the game when it launches on the live servers in the not too distant future.

Kanai’s Cube is a tribute to Blizzard artist Kevin Kanai Griffin who joined Blizzard in 2005 to work on World of Warcraft expansions. Kevin then moved on to the Diablo 3 team contributing to the game’s environments and more. Sadly in 2014 Kevin lost his battle with Alveolar Soft Part Sarcoma (ASPS) which is a rare form of cancer.  It’s a fitting tribute to have Kevin immortalised in the game.

You can read Blizzard’s tribute to Kevin on the Kanai’s Cube update.

Submerged Is A Refreshing, Combat-Free Game From Former Bioshock Devs