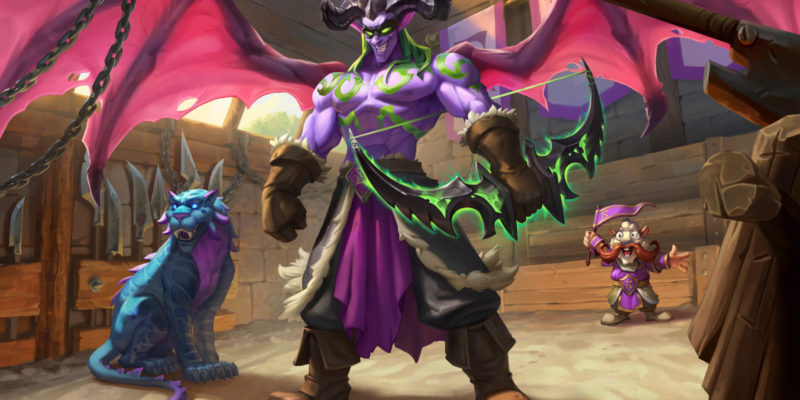 The age of battle passes is truly upon us. Following a survey sent out by Blizzard to Hearthstone players regarding a potential rewards system based on consistent play, the team is now looking at a “major rework” of the game’s “rewards and progression systems.”

The announcement comes from game director Ben Lee, who shared the news via a Hearthstone Reddit AMA. While it is not called a battle pass, the new system certainly sounds like one. Rather than just limiting players to playing Standard or Wild, the developers want the fanbase to enjoy rewards no matter how they choose to play Hearthstone.

“We are also planning on repackaging (not reducing) the current rewards that you can obtain in Hearthstone and put that information in-front of you in an easy to view and understand manner,” Lee explained. “We want you to know how many rewards you’ve acquired, how many more you can earn and what steps you need to take in order to obtain them. In addition, we’re adding a number of exciting cosmetic rewards that players can receive during every expansion.” 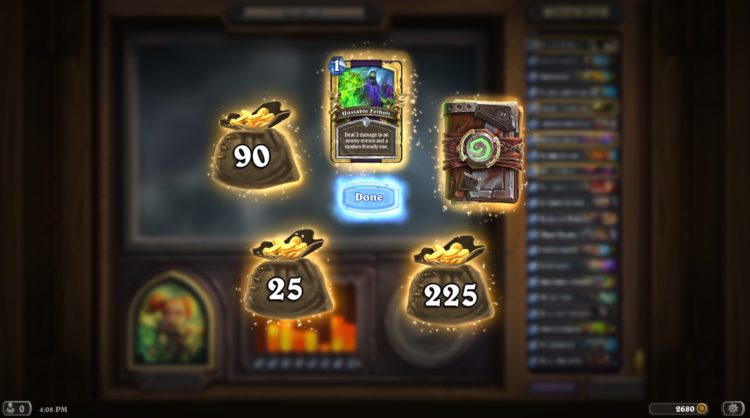 These changes are along the lines of those seen in the recent Ashes of Outland expansion. Hearthstone saw major changes in terms of rules, decks, and even rewards. Instead of being reactive changes, the tweaks were meant to ensure the game stayed relevant for players. The new reworked rewards and progression systems will be the same. Blizzard plans to do this by keeping the “value that players can earn within the game,” to ensure the “flexibility” of Hearthstone rewards.

Lee also went into detail about the time investment required to earn rewards. Blizzard is going to balance the system for both hardcore and more casual players. Those who have other responsibilities will still “be able to complete the rewards track levels,” and need not worry.

The tweaks to progression as well as other changes will be further explained at a later date. Fans should keep an eye on the Year of the Phoenix mid-year check-in. That will be when Blizzard teases the next Hearthstone expansion.