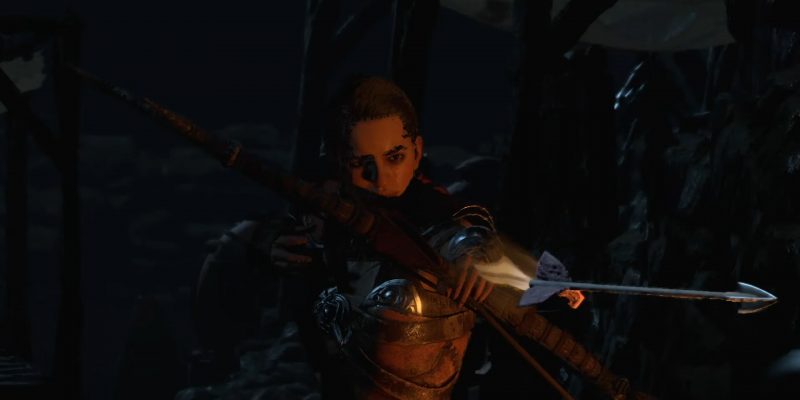 While the Barbarian is a classic among Diablo classes, sometimes you may be looking for something a bit more agile. Well, Blizzard has exactly what you’re looking for with the newly revealed class for Diablo IV: the Rogue. Today, the developer took the lid of the Rogue class during BlizzConline 2021. Fast and agile, the Rogue moves swiftly through the swathes of enemies.

The reveal came along with a new trailer at the show. It’s a bit ear-ie. Okay, that’ll be the only ear pun I’m willing to make. But hear me out, the Rogue has clearly been through some shit, as she’s introduced as a sort of mercenary, taking on targets and presenting their ears as trophies. This is a nod to Diablo past, where killing another player will reward you with their ear. This is the part where I mention there were a lot of players back in the day who own one of ol’ Cam’s ears.

The Rogue is a versatile class in Diablo IV. Depending on your play style, you can go for an archer build, or even one that’s a bit more of an assassin. The trailer below shows off some of the Rogue’s unique abilities, including a rapid arrow shot, some knife flinging, and a dash. The latter move, the dash, also doubles as an attacking ability, allowing you to shoot forward with two knives out, skewering anything before you. So far, unless Blizzard reveals a Monk class, the Rogue just might be up my alley.

Going Rogue on these fools

What may be the most impressive inclusions of the Rogue’s arsenal are the special moves. In one scene in the trailer, the Rogue leaps off her horse to deliver a hail of arrows on a group of giant spiders. Elsewhere, she freezes a demon before sending a volley of arrows towards it, shattering the hellspawn to pieces.

BlizzConline 2021 is happening today and continues tomorrow with more on Diablo IV. Be sure to check out the Diablo IV: What’s Next segment in case you missed it earlier.

Big PVP changes are planned for Overwatch 2, including role changes

By Kevin Foley27 mins ago
Hardware