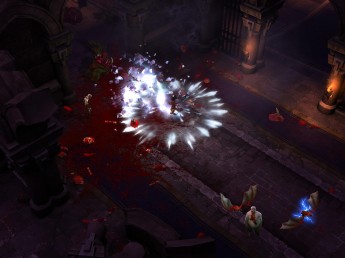 For the past couple of weeks Diablo 3 has been the target of botters and gold farmers hell-bent on exploiting any loopholes in Blizzard’s systems to gather as much gold as possible prior to the real money auction house going live.

It is thought that Blizzard will open up the RMAH in the next few days so Blizzard issued a stern warning to all those who plan on taking advantage of any bugs or loop-holes in the system.

Blizzard Entertainment has always taken cheating in any form in Blizzard games very seriously, and that’s no different for Diablo III. If a Diablo III player is found to be cheating or using hacks, bots, or modifications in any form, then as outlined in the Diablo III end user license agreement, that player can be permanently banned from the game. This means that the player will be permanently unable to log in to Battle.net to play Diablo III with his or her account.

Playing Diablo III legitimately means playing with an unaltered game client. Doing otherwise violates our policies for Battle.net and Diablo III, and it goes against the spirit of fair play that all of our games are based on. We strongly recommend that you avoid using any hacks, cheats, bots, or exploits. Suspensions and bans of players that have used or start using cheats and hacks will begin in the near future.

Since the game launched, Blizzard has had all kinds of problems with gold farmers who threaten to completly undermine the real money trading. Only last week a gold farmer spoke out about the systems they are using and actually showed concern over the state of the game. There has also been many reports of duping on the servers, which have now thankfully been dealt with. The latest auction house exploit to appear over the weekend was the ability to cancel your auctions before they ended.

It’s been a rocky start for Diablo 3 which is still experiencing serious server issues, in the past day horrendous lag wiped out many hardcore players who just had to suck it down and live with the consequences of the lag. As the weeks have rolled on since release, it’s pretty obvious the game wasn’t quite ready to ship and Blizzard have been working hard to rectify all the problems including game mechanic issues, class balancing and exploits.