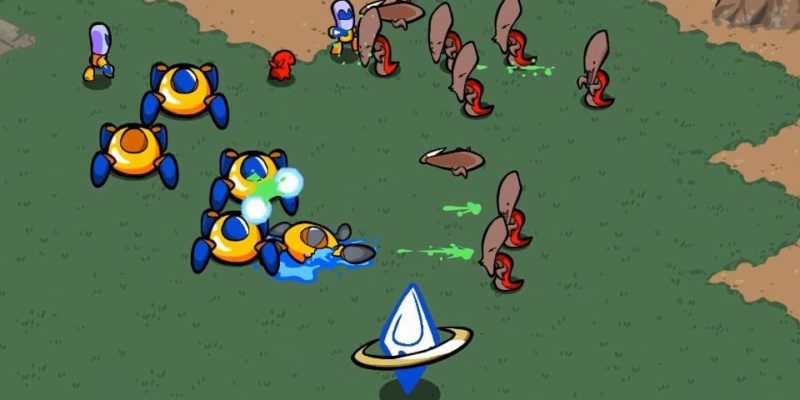 With precisely zero build-up, Activision Blizzard has released Starcraft: Cartooned on the Battle.net store. A fully cel-shaded version of the classic RTS game, Cartooned is available as DLC for StarCraft: Remastered for $9.99 and allows you to experience the original game with graphics done by Carbot Animations (famous for YouTube series StarCrafts). The official description for Cartooned reads as follows:

Rediscover the classic real-time strategy gameplay of StarCraft with all-new, adorable cartoon graphics by Carbot Animations! Whether you’re a veteran of the Koprulu sector or visiting for the first time, StarCraft: Cartooned is a great way to experience StarCraft! StarCraft: Cartooned re-imagines every unit, structure, map, menu, and mission with the beloved art style of Carbot Animations. Add a whole new look to the epic single player campaign, take the cartooned mayhem online and go head-to-head on the multiplayer ladder, or join your friends for your favorite custom game – even if they don’t own StarCraft: Cartooned!

Since Cartooned is simply DLC, it doesn’t break compatibility with the base Remastered game. That’s good, too, because it would be a real pain in the ass to have to find separate servers for this. There’s a group of StarCraft diehards that will likely never touch this, so having that layer of compatibility will help to sell this to anyone interested.

While I’m surprised this DLC has even happened, I’m also really surprised this isn’t an elaborate joke. I think it’s fantastic that Blizzard is willing to experiment with such a popular brand in this fashion, and it actually makes me really interested to see this in motion. Even in its remastered form, I’m not actually that big of a fan of StarCraft‘s art style. I know it has been considered legendary for nearly two decades now, but I’ll gladly take a cartoony and vivid reimagining any day over dark sci-fi.