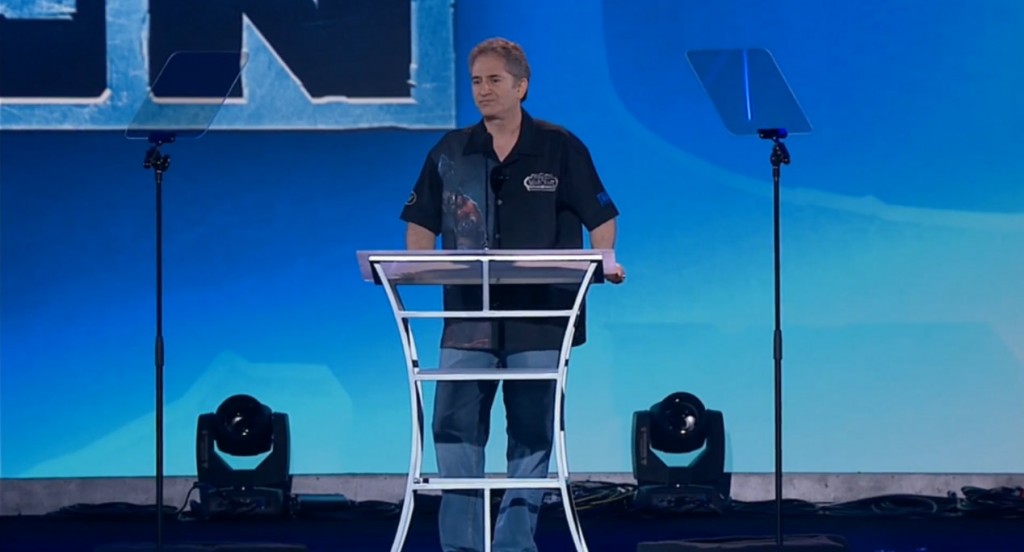 The Blizzard celebration has begun and Mike Morhaime started his speech on a serious note.

The Gamergate debate has been raging for weeks now and has even reached mainstream media attention in recent weeks. It’s gained a lot of attention inside and outside the gaming community and many developers have been vocal about harassment of gamers online through social media.

This has not gone unnoticed at Blizzard and Mike Morhaime addressed the topic at the very start of his opening speech. Mike commented:

“I’d like to take a moment to talk about something serious. Over the past couple of months, there’s been a small group of people who have been doing really awful things. They have been making some people’s lives miserable and they are tarnishing our reputation as gamers. It’s not right.

Blizzcon is a great example of how positive and uplifting gaming can be. Let’s carry the good vibes from this weekend out into the world all year round. There is another person on the other end of a chat screen, they are our friends, our brothers and sisters our sons and daughters. Let’s take a stand to reject hate and harassment, and let’s redouble our efforts to be kind and respectful to one another.

Let’s remind the world what the gaming community is really all about”.

Nobody can argue with those sentiments.

BlizzCon 2014 Live Streams Up and Running