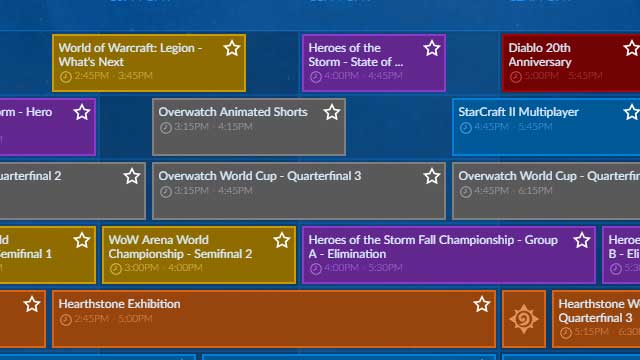 Blizard has released the BlizzCon 2016 schedule and it’s packed with all kinds of tournaments and panels over the two days.

Unsurprisingly this year there’s a major presence for Overwatch which has apparently sold 20 million. There’s also plenty of tournaments for Hearthstone, StarCraft 2, Heroes of the Storm, and World of Warcraft.

So what about Diablo? There has been speculation that this year Blizard would reveal something new for Diablo but it’s not looking good. There are three sections dedicated to Diablo, the 20th Anniversary event at the end of the first day where they will “look back on two decades in Sanctuary, and get a first look at our plans to celebrate the occasion”On day tow there’s an Art panel and Dev Talk.

If there is anything new to announce we will hear about it at the opening ceremony. Looking at the schedule, if anything new was coming, a Diablo 2 remaster would be the most likely. Even then that’s a long shot.

BlizzCon kicks off on 4 November.