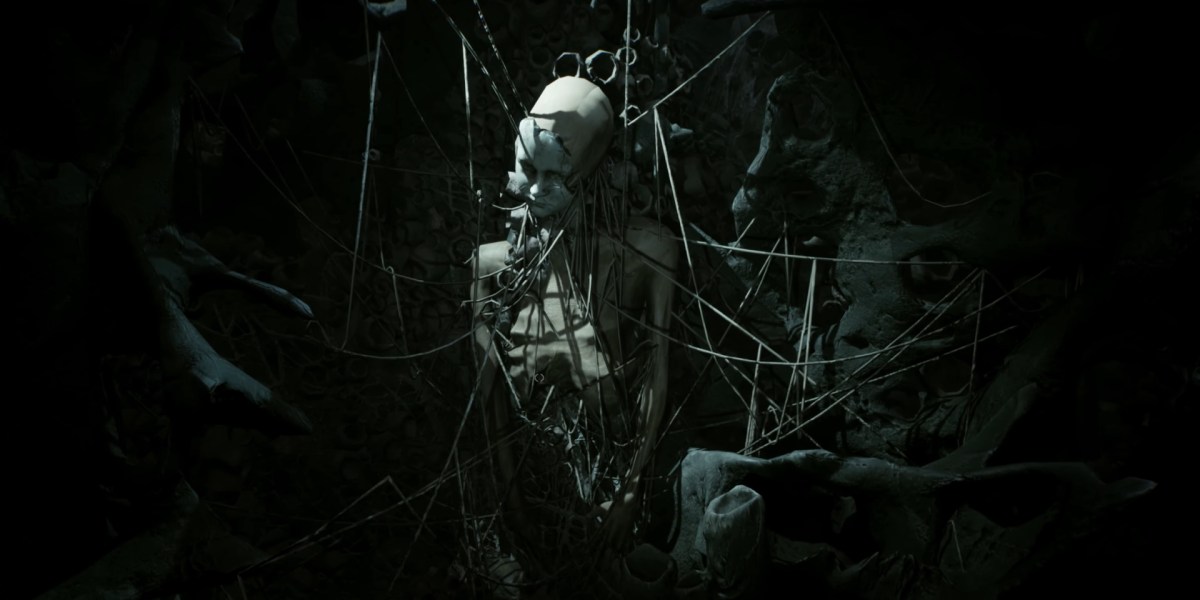 It’s been fairly easy to follow along with updates from Bloober Team regarding The Medium, its psychological horror title. The game was first revealed during an Xbox presentation for the Series X, which helped it gain visibility along with a recent live-action trailer. This is important considering the game takes place simultaneously in two worlds, a mechanic that might not be clear through a simple reveal trailer. Nvidia last week revealed that The Medium will support its DLSS and ray-tracing technologies at launch. That might have left some to wonder, though, if their rigs would be up to snuff to play it even at minimum settings. Today, Bloober Team detailed the PC Requirements for The Medium, along with an explanation of what precisely Marianne does as a medium in-game.

It’s only been a few months since AMD and Nvidia have both announced and launched new lines of graphics cards. We’ve seen cute surprises like the Nvidia 3060 among others. However, it seems more and more that upgrading your GPU is something that you can’t go on continuing to avoid. That’s seems ever more the case when looking at the minimum hardware specifications required for The Medium in the chart below.

As you climb into the higher tiers of ray-tracing at resolutions greater than 1080p, you’ll probably need to invest in an SSD to appease the data transfer gods. As well, if you’ve been relying on that 8 GB of RAM that you threw in when you first built/bought your system, you’ll need to upgrade to at least 16 GB for the recommended medium preset at 1080p and 30 fps. The same can be said for your CPU as more modern processors are starting to become commonplace even at minimum PC settings. 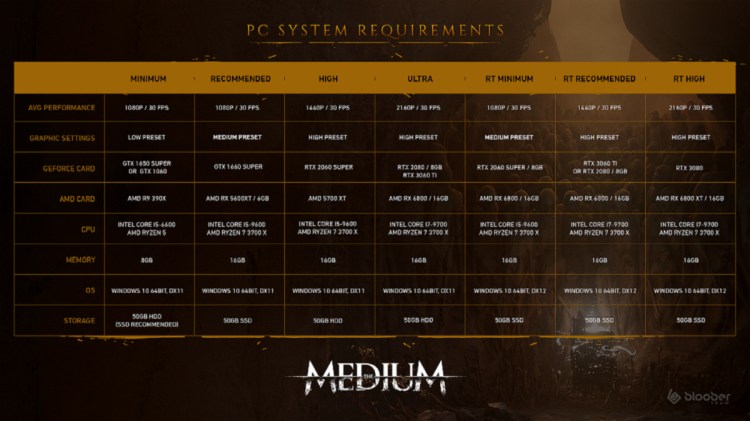 You may be weighing your options whether or not to upgrade your rig to play The Medium among many other modern games . To possibly entice you to give the spirit world a rip, Bloober Team has released an explainer trailer as to what exactly a conduit for the dead will be doing in the context of its game. The trailer titled “What does a Medium do?” helps provide some framework for the game’s protagonist, Marianne. She must navigate both the spirit and the real world, utilizing her psychic abilities to solve puzzles. More importantly, if you’re into releasing trapped souls in said spirit world (and who isn’t?), it should be the psychological horror game you’ve been seeking. But, you probably saw that coming.

The Medium launches for PC on January 28 on both the Epic Games Store and Steam.