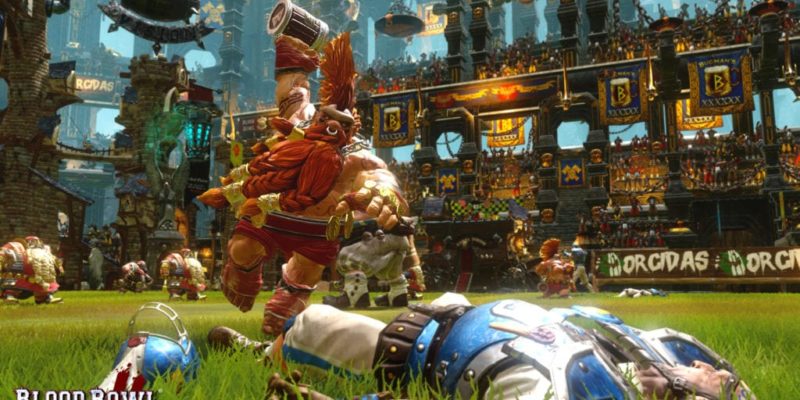 Blood Bowl 2 pre-orders are now open on Steam, and this has sparked a little bit of a furore amongst fans.

The primary issue seems to be that pre-orders net players access to one of two extra teams, either the Lizardmen or the Wood Elves. Not both – just one. This might not seem too big an issue by itself, but those who remember the previous Blood Bowl game(s) recall that subsequent races were added in future “Editions” of the game, which generally offered very little in the way of loyalty discounts and forced people to basically pony up and buy the game again. As such, the fact that teams are being locked off before the game is even out has not gone down well.

The game itself only has eight teams by default, which… isn’t actually too bad. It’s the same as the original Blood Bowl offered, and moving to a new engine means that, yes, modelling and animating teams and adding specific rules for them will take time, so expecting a huge number of teams to be present is a bit unreasonable.

But when two of them are locked off as DLC from the very beginning, and that Cyanide has a history of forcing people to pay over and over again for Blood Bowl, it’s hardly surprising that people are pissed off. Note that, right now, it doesn’t seem to have been confirmed that these teams will be available as DLC, but that seems more likely than them being forever locked as pre-order bonuses. At least until a future edition of the game includes them for free. This probably wouldn’t be such an issue if Cyanide didn’t have a history of upsetting its Blood Bowl players by continual re-releases and demanding yet more cash, but…

You can find plenty of displeasure over on the game’s Steam forums. People are upset that locking these off means less variety in online matches, and that you only get one if you pre-order, and that locking teams off is a bad idea and only cosmetic stuff should be paid DLC, and… well, you get the picture. There are also plenty of people claiming they’re now not going to buy the game, although I’m not quite sure I believe that. We’ll see.

The game’s discussion forums also went down on Steam a little while after this, but as they’re back up now, that appears to have been a bug rather than a particularly cack and heavy-handed attempt at silencing dissent.

Spectra’s That Retro Racer You Didn’t Know You Wanted