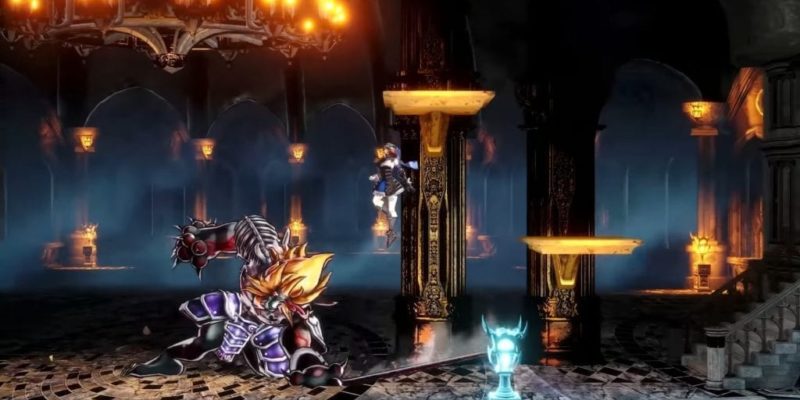 The Castlevania spiritual successor Bloodstained: Ritual of the Night now has a release date. The game lands on PC on June 18, which is really not that far off. To celebrate the news, publisher 505 Games also released a trailer that takes a cheeky jab at commenters complaining about the game.

You really have to admire the balls of a company that takes a swing at its most delicate Internet critics. The trailer is peppered with comments complaining about the game, from its aesthetic design to even the brand manager. “Underwhelming,” reads one. “Looks like a cheap mobile game.” Another reads that Bloodstained “looks like poop, I better love this game.”

Following the barrage of complaints, the trailer focuses on writer/producer Koji Igarashi. After giving the camera a moment of serious stink-eye, he exclaims “I will prove them wrong!” Prove them wrong indeed, as the trailer then moves to compare the game’s old graphics with the new. Well, the poop’s been wiped clean — alright, that was probably a little gross. But the updated visuals are fully on display with the trailer, and the game now looks stunning. To be fair, I didn’t have an issue with how the game looked before. But never say Igarashi shies away from a challenge. 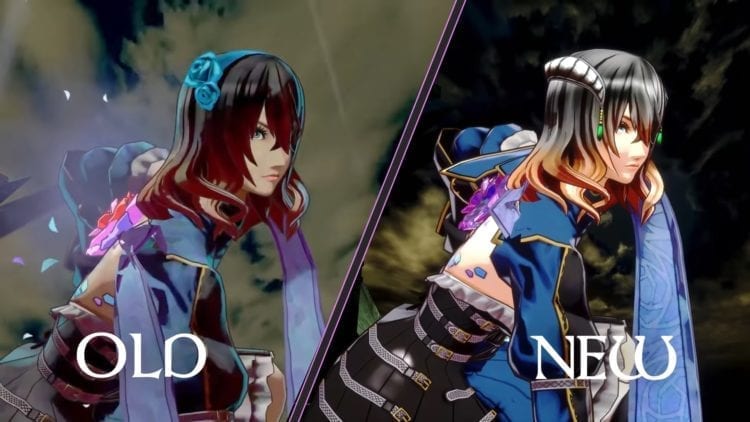 Bloodstained: before and after.

Of course, it’s not as if Igarashi was going to take the criticism lightly. After all, he helped launch 17 Castlevania games when employed at Konami. If anyone was going to create a spiritual successor to the celebrated franchise, it had to be one with the right amount of chutzpah. The trailer also features music from Castlevania: Symphony of the Night‘s composer, Michiru Yamane. For those interested, she began her Castlevania music career with Castlevania: Bloodlines on the Sega Genesis. To date, that game features one of my favorite gaming soundtracks ever, so I’m happy to see her working on Bloodstained.

The game will include a lot of aspects that should make Castlevania fans happy (at least when not discussing graphics, apparently). Bloodstained is a fully 2D Metroidvania game that uses 3D polygons, granting every character and enemy more depth. While you begin the game as the protagonist Miriam, you will discover other secret playable characters as you progress. Also, the world of Bloodstained is apparently “the biggest of Koji Igarashi’s entire career.”

Bloodstained: Ritual of the Night is set to launch for PC on June 18.