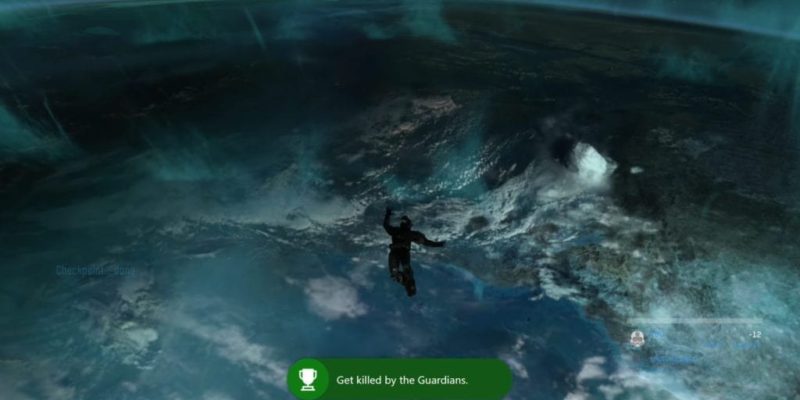 Small bugs happen, such as this rare checkpoint bug.

Video game development is hard. It’s often long and arduous, and sometimes in the course of coding, unusual things may occur. Porting a game across platforms can also yield some odd bugs, of which the team behind Halo: The Master Chief Collection for PC can certainly attest. For its latest blog update, the developer posted some of its best bugs and bloopers to share with the eager masses. Watch as an Elite tries to make friends, while a Scorpion tank just wants to be left alone.

The unending wrath of the Guardians

Who, or what, are the Guardians in Halo? Those of you who have played Halo and died in unusual ways should be familiar with the omnipresent observers. The Guardians are to blame for every death not caused by an NPC or player. If you’ve ever fallen off a ledge, got killed by a flying traffic cone, or died for no discernible reason, the Guardians mock your plight. In this particular reel, the Guardians (or, a bug) take the blame for the player dying. Unfortunately, the game decided to save a checkpoint right before the player’s death. Their ragdoll body will forever tumble through the black.

In Halo, the M820 Main Battle Tank, otherwise known as the Scorpion, is one of the most powerful vehicles in the series. It rumbles over the strongest enemies, with a cannon that can snipe flying ships from the sky. The Scorpion is nigh unstoppable — especially if it’s got a bad attitude. In this next video, we see an example of the latter. A developer tries to enter the tank, only for it to spit them back out. This video is probably my favorite of the bunch, not because it’s an example of the worst or even the funniest bug. But it’s as if the player is trying to move forward with the mission, and the tank is like, “No, I’m on break. Don’t like it? Call my union.”

During the course of the Halo story, the Elites (or the Sangheili) eventually become allies to humanity. But not during the course of Halo: Reach, which takes place before the first game. No, the Arbiter is nowhere to be found just yet. However, we do have this amiable Elite trying to make friends with Noble 6, only to get a little closer to Emile instead. The results won’t surprise you.

This next bug video is an odd one. But from watching the clip, it seems like the Battle Rifle has special abilities we never knew about. In this instance, not only can it kill enemies, but it can hurl some into the unknown void. If only I could do that with my bills. This issue to me seems to stem from the Grunt Birthday Party skull. Generally, it activates party confetti and a cheer every time you take out a Grunt with a headshot. It’s not suppose to make enemies pop out of existence like a balloon.

The Kat has claws

Kat is one of your best allies in Halo: Reach. She’s tough and doesn’t take crap from anyone or anything (unless you’re a sniper round). In this blooper reel, it’s clear that Kat isn’t a fan of the player invading her personal bubble. What else must a Spartan super soldier do for some much-needed me time? How about giving an elbow check to the player and sending them straight into a wall? Yeah, that should do the trick.

I’ll admit, I’m not sure what happens in this blooper clip. In this scene, we watch the player heading through a hallway prepping a rocket launcher. As they approach a nearby marine, he just… blows up. The development team wrote that it was a wall “popping out of nowhere.” I didn’t see a wall. All I saw was fear — and one dead man.

The possibilities are ultra-wide

The development update for Halo: The Master Chief Collection also showed off the game running on ultra-widescreen monitors. For the first time, we get to see what Halo: Reach will look like running on an unfathomably wide monitor. In the first image, we see an example of the game with a scrunched-up HUD. The second image shows what the HUD can look like when pushed to the edges of the screen. According to the team, users with ultra-wide monitors should have the options to tailor the UI in any way they wish. 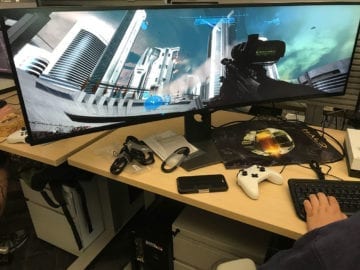 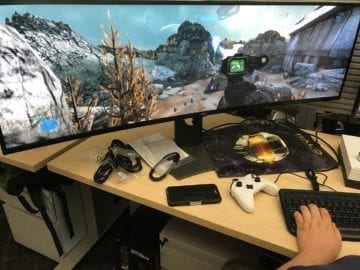 The rest of the update goes over upcoming flight (or beta test) details. Soon, the team plans to test the campaign, Firefight matchmaking, and PvP matchmaking. The developers have also been fixing issues and adjusting damage for the Magnum and Sniper Rifle. For more on what’s happening with the PC version of Halo: The Master Chief Collection, check out the official blog update at Halo Waypoint.

Sin Slayers: The First Sin tasks you to slay, um, sin this September