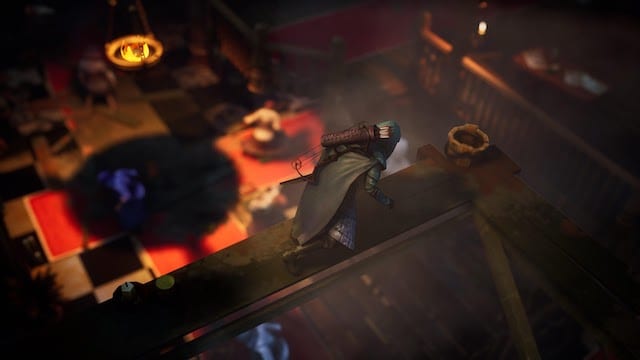 Fans of stealth games may want to pay attention to what the team at Blowfish Studios is bringing to Los Angeles Comic Con this weekend. The publisher has announced that it’s working alongside the developers at Sky Machine Studios on a new game called Winter Ember. It has an isometric setting and promises players a thorough stealth experience.

Taking place in Victorian times, the game follows Arthur Artorias, a man who’s hellbent on getting revenge. He’s put up with quite a bit of exile over the past decade, where he’s managed to lose his family, his fortune, and even his past.

Now, while hiding his face, he finds himself going head-to-head against Greater Heaven, a merciless religious militant faction that has taken control of the city he once lived in. In an attempt to fight back, he’ll need to use all his resources – and the darkness – to slowly regain what he lost.

Using the darkness to your advantage

Winter Ember gives you ample opportunity to use the environment to your advantage, hiding in the shadows and keeping a close eye on where to go next. You’ll have the ability to move around quickly to avoid detection. In addition, you’ll tab enemy locations and even pinpoint passageways that lie just out of sight.

Each level actually provides more than one path to get to your destination. If you manage to get everything accomplished the right way, you’ll earn rewards for your trouble. This includes opening up Arthur’s arsenal of weaponry, with 30 different specialty arrows available. For example, water missiles. You can use these to create new dark hiding spots, as well as douse fires to create more shadows. It never hurts to adapt to your environment and change it to your advantage.

“Sky Machine has crafted an immersive stealth game that makes wonderful use of lighting, verticality, and a deep toolset to allow players to sneak around however they see fit,” said Ben Lee, the co-founder of Blowfish Studios. “We look forward to showing more of Winter Ember soon.”

A release date for Winter Ember isn’t announced yet, but it should launch sometime in 2020. Again, if you’re in the L.A. Comic Con area, be sure to check it out! And until then, be sure to check out the game’s trailer below.

Destiny 2: Shadowkeep – Here’s how Iron Banner works this Season of the Undying