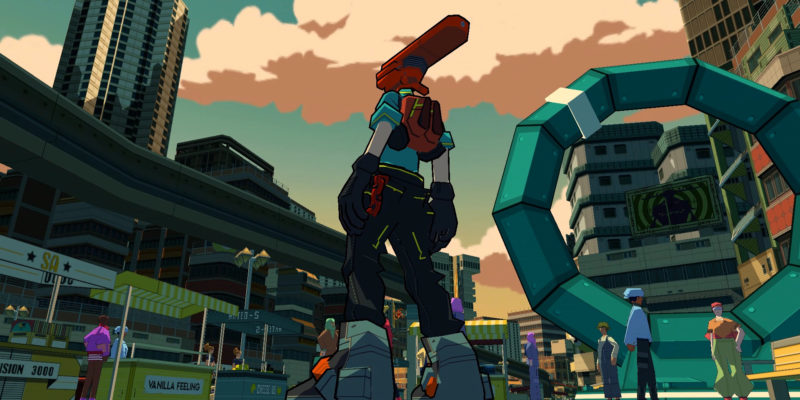 Sega is learning, once more, that if it keeps sitting on its old franchises, someone will eventually turn up and show the company how it’s done. Today, that franchise is Jet Set Radio, and the studio stepping up is Team Reptile. Bomb Rush Cyberfunk, however, is more than a mere spiritual successor to SmileBit’s greatest work. It is Jet Set Radio in everything but name. The game looks like a modern JSR and it sounds like it too, as Team Reptile confirmed the original composer of the Dreamcast classic is on board to whip out those funky fresh Beats.

The teaser flown today is short, but it screams volumes. This may be the Jet Set Radio that fans have been demanding for years. Bomb Rush Cyberfunk uses JSR‘s style of blocky cel-shading with heavy, dark lines akin to comic books. Just listening to the theme playing in the background evokes my memory of booting up JSR (known as Jet Grind Radio in the US) for the first time. If you close your eyes, you almost expect to hear DJ Professor K suddenly chime in with some sass.

Indeed, there is no mistaking the unique brand of Hideki Naganuma. He composed the incredible soundtrack to Jet Set Radio back when the game hit the Dreamcast in 2000 — and later, Jet Set Radio Future. Naganuma returns, bringing Bomb Rush Cyberfunk plenty of sweet jams.

Funky rhythm coming at ya

The teaser shows some of what the game will feature. As expected, there will be plenty of rail grinding, spray painting, and cute dances. And, if my prediction holds true, I’m sure the game will also feature gang wars and the occasional scrap with police officers. However, Bomb Rush Cyberfunk does appear to evolve the aging gameplay of JSR a bit. In one scene, “not Beat” flies using some sort of jet booster. Before that, another character tucks into a roll and slides.

As for when you can expect Cyberfunk, the Future isn’t certain. The game already has a Steam page, but the most it mentions for a release date is: “Not this year, it’s unlucky.” Tell me about it. Still, the game looks like it’s fairly well along. I imagine we’ll see (hopefully hear) more before the end of the year. And I can’t wait to know more. 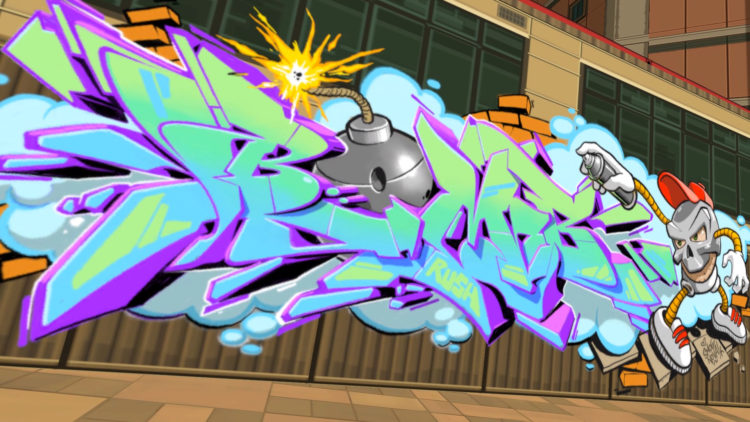