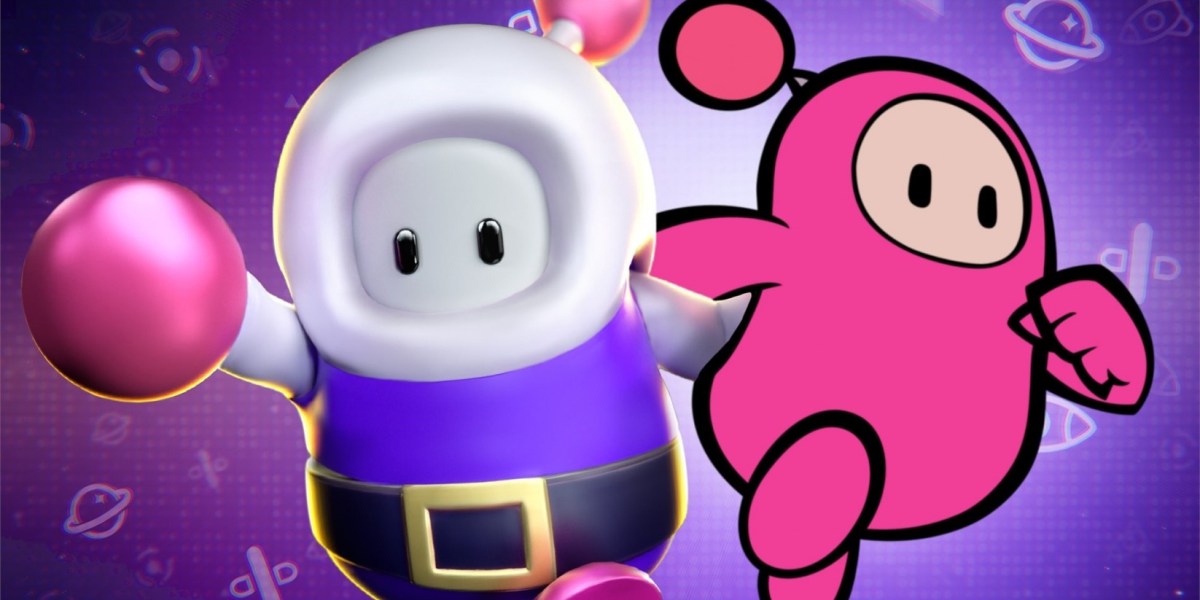 Fall Guys teased the collab yesterday with an image of two bean-shaped silhouettes sporting Bomberman’s head antenna. Then, the account officially revealed earlier today that Bomberman would arrive in Fall Guys on June 4. The image showed a Fall Guys bean sporting Bomberman’s typical outfit: a white body suit with a purple shirt and a belt. The Guy even had Bomberman’s round hands.

The Bomberman skin won’t arrive until next week, but in the meantime, there’s a treat waiting in Super Bomberman R Online. As Konami revealed, a pink “Bean Bomber” character is available now. According to the description, the character can “dive around the battlefield” while trying “not to stumble into too many bombs.” Fall Guys has invited many crossovers to its own playing field, but this is the first time that a bean has ventured into another franchise. 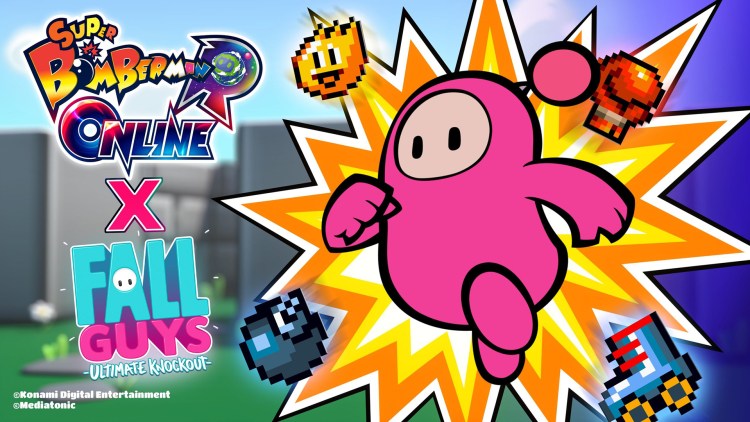 The Fall Guys x Bomberman collaboration comes just in time for the new massively multiplayer Bomberman game launch. According to Steam, Super Bomberman R Online takes players “back to classic Bomberman fun” with a survival battle mode revamped for up to 64 players. Players can customize their characters with a collection of special skins. Meanwhile, powerups new and old are available to give bombs a little extra oomf. Fans can access the free-to-play online battle royale via Steam now.

Meanwhile, Fall Guys just recently kicked off its Season 4.5 update, named Dave. We still don’t really know who Dave is, but at least he brought some new features like cross-play and new rounds. Dave would probably look great in the Bomberman skin.