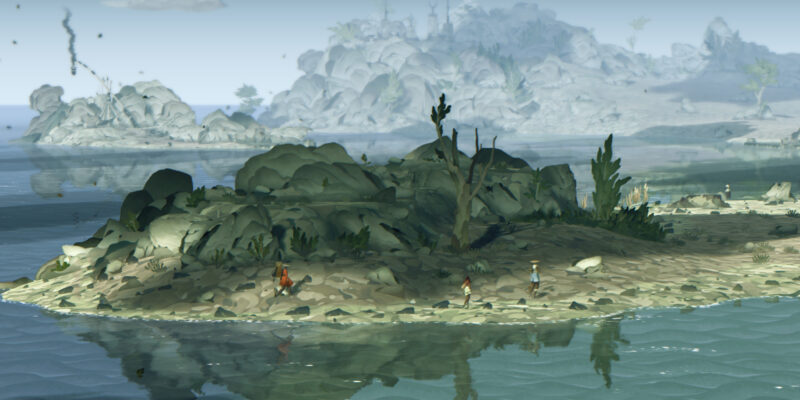 My character awoke in the middle of a wide field in the dead of night. No light, save for the stars shining overhead, graced my presence. No glowing exclamation point urged me forward and no wild animals nipped at my heels. Book of Travels is an MMORPG, but not of the sort we’re all familiar with. While I’m not entirely sold on it, I’m impressed by the art and the dedication to an idea that feels as foreign as it sounds. While much of it is built on recognizable frameworks, the end result is something that I simply haven’t seen before.

Book of Travels begins with you creating a character from a set of forms. These are archetypes, each with their pre-set looks. Your character doesn’t have a filled-in backstory either. If you want one, you have to write it yourself. After settling on a form, you pick a name. Yes, pick. You don’t appear to be able to create your own name from scratch and must randomly generate your first and last names separately, although you can give yourself a nickname. Then you can reroll your starting equipment. Upon finishing this, I was plopped into the previously mentioned field with no direction given.

Granted, the game isn’t at all reluctant to offer you breadcrumbs that press you on your way into the great unknown. You get to choose your starting region, so experiences will vary. I took to walking the area. Areas are comprised of a large screen that you can travel from upon reaching exit points. One such point was to the East and following it led me to a small settlement. A person near the entrance remarked on how badly I appeared to be mangled. Sure enough, an icon under my stats clued me into this fact. 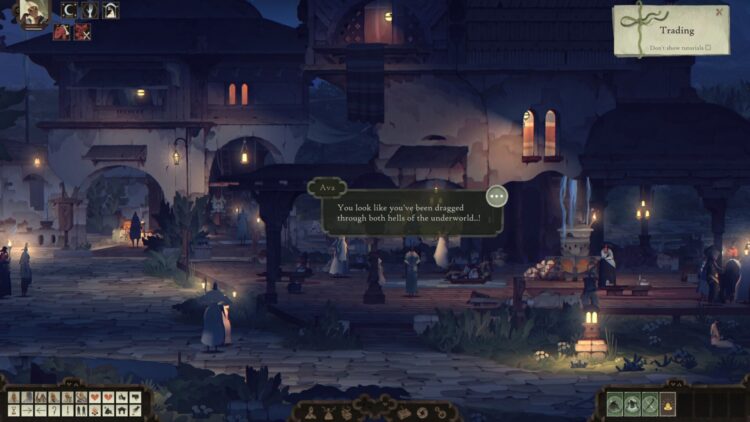 Search and ye will find

This person suggested I speak with the owner of a tea house, as they would mend my wounds and point me in the right direction. Seeking out this teahouse was a simple feat, and the proprietress did just as I was told she would, offering me tea, untattered clothing, and some insight. She suggested I board a ferry that could be located to the North West. Although Book of Travels isn’t in your face with obvious direction, it doesn’t truly expect you to fumble. Upon making it to the ferry, I traded for a ticket, but it was night, and I would have to wait to continue my pilgrimage.

Trading is a simple affair in Book of Travels. Each object in your inventory has value and you can trade for something of equal or lesser value by offering to barter them with NPCs. You can only move by clicking a spot. Left-clicking causes your character to walk, while right-clicking makes them sprint. But, your stamina runs out quickly, so you’ll need to rest, which is achieved through a prompt in the bottom-right corner of the screen. There’s combat as well, but that comes with a kicker — the game bizarrely features permadeath.

If your life ends while playing, that’s it. There’s no current way to revive and your character will end up locked as, well, they’re no longer among the living. I suppose this makes Book of Travels the first combination MMO and rogue-lite I’m aware of. Just how players will respond to this remains to be seen. The game is quite lovely, though, and its presentation is beguiling, easily pulling me into its world. It’s a bit daunting playing an MMO with so little direction and with the threat of death hanging overhead, but those facets only deepen the mystery presented by this strange, enigmatic little game. 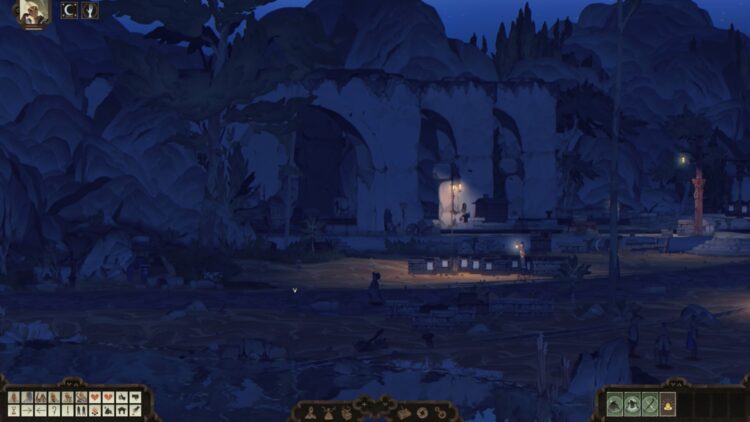