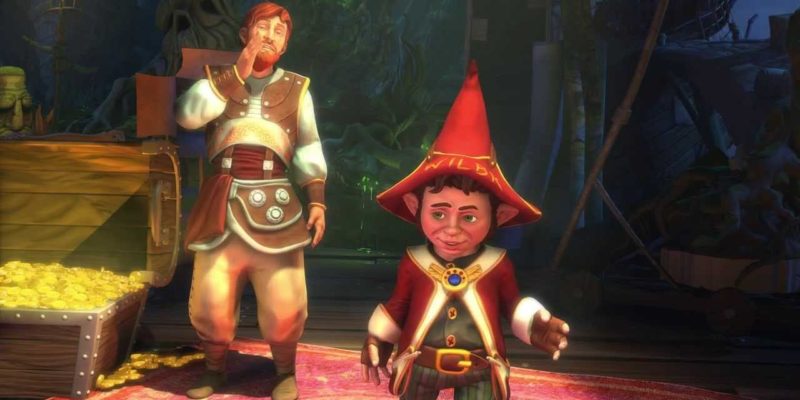 As briefly discussed yesterday, this is a bit of an odd duck in the realm of Kickstarter projects. The game itself has already been fully funded by publisher Nordic Games; the Kickstarter is solely to add to and expand on it, with stretch goals ranging from adding projection mapping so everything looks neater (which was added in this $65,000 tier) all the way up to superior animation and facial expressions, and a full orchestral score. The next goal, at $95,000, will add in side quests (in the form of non-essential puzzles) and costumes.

What do we think about this? The fact that a published-funded game that will happen regardless of the Kickstarter’s success is, nonetheless, using Kickstarter to get more money… well, it’s a bit uncomfortable, and it’s certainly a step closer to “Big publisher attempts to crowdfund latest AAA-title” horror story that none of us are looking forward to. The Book of Unwritten Tales 2 will happen anyway, so this is kinda using pre-orders to financially vote for whether or not prettier graphics are important, but I’m still wary of any actually published game that’s using Kickstarter to get more funding. Hmm.

Radiohead Creates Their Own Music Game