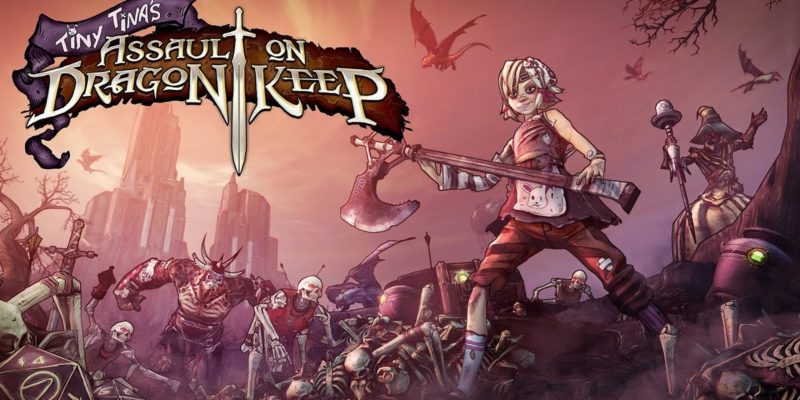 Back when Borderlands 2 was in its heyday, there was a piece of DLC that gave players plenty to laugh at and shoot at. Tiny Tina’s Assault on Dragon Keep gave us not just more great content, but also introduced the world to a fictional tabletop roleplaying game known as Bunkers & Badasses. While it brought the series’ signature humor to life in another way, the in-game joke has now become an actual game you can buy and play.

Made by Nerdvana Games, it will release in the first quarter of 2021. The description reads as: “Based on the game-within-a-game from Gearbox Entertainment’s Borderlands series, Bunkers & Badasses is tabletop roleplaying unlike anyone’s ever done before.”

Indeed, Bunkers & Badasses will allow players to create their own Vault Hunter and go on adventures. There will be 10 different classes to choose from and players can attempt quests or run games as a Bunker Master. It’s everything you’d expect from a tabletop game, and just like in Borderlands DLC, there will also be plenty of Tiny Tina commentary in Bunkers & Badasses‘ 200-page game book.

To kick things off, there will be three adventures available to play. A starting adventure involving a magic wand will warm players up nicely. You can then jump into the recreation of Tiny Tina’s Assault on Dragon Keep. Following that, there will also the Butt Stallion’s Hunny Heist to experience. For the entry price of $100 USD, there are high expectations for this tabletop from Nerdvana Games. 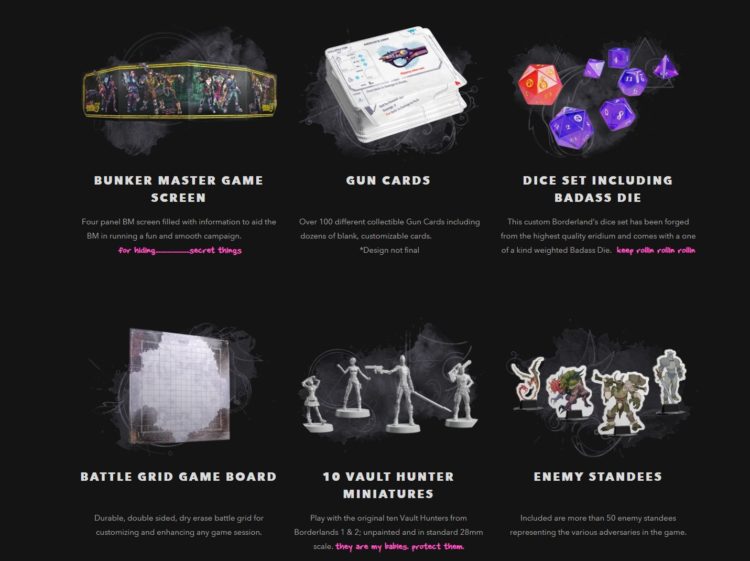 Bunkers & Badasses looks like a premium product at the very least. The Deluxe Edition comes with a game master’s screen, gun cards, a game grid, miniatures of vault hunters, and standees of Borderlands foes. There is even a dice set including a “one of a kind weighted Badass Die.”

This is not the first time Nerdvana Games has touched the Borderlands franchise. A Tiny Tina-themed card game was released last year. Pre-orders for Bunkers & Badasses is open now.

By Ben Kerry5 mins ago
Industry