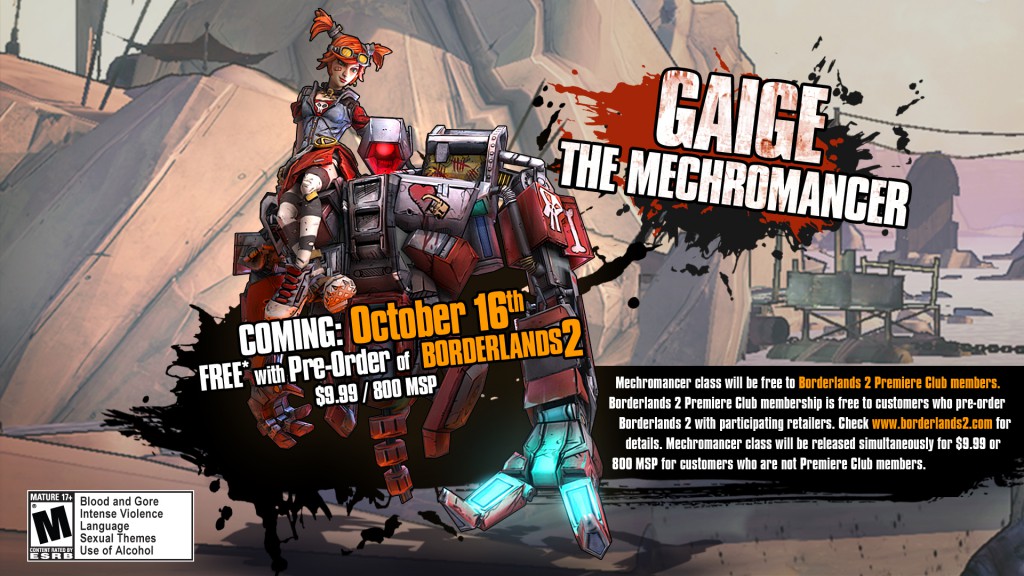 The Mechromancer, the oddly named DLC class for Borderlands 2, has been priced and dated. A double-whammy, if you will.

It’ll will be available on 16 October and will be free if you’ve pre-ordered the game. Pre-order the game and then wait a month for your bonus content… weird.

The Mechromancer will be the fifth of Borderlands 2’s classes, joining the Gunzerker, Assassin, Commando and Siren which ship on the disc. We now also know that she’ll go be the name of Gaige and, yes, the above is her finalised character design.

If you’re interested, the skill trees for the four base classes have been released by Gearbox for you to start planning which way you’re going to upgrade your characters.