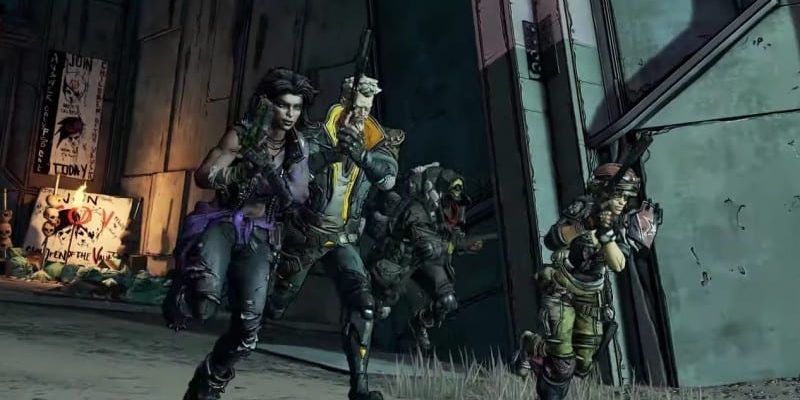 Pandora’s Box is finally open, at least after a few hints and teases from Gearbox Software. Borderlands 3 has been officially announced. Check out the trailer below:

Okay, to be fair, we don’t have many official details as of yet. We’ve yet to find out about the release date, whether all signs point to a 2019 release or not. It’s also up in the air whether this game will arrive for multiple storefronts or if it’ll be exclusive to a particular one. Keep in mind that it uses Unreal Engine 4, which has a few gamers worried that it might end up solely in Epic’s store.

We had a glimpse of our new Vault Hunters, as well as returning heroes and old villains. From what we’ve seen in past leaks in 4chan (via Resetera), there might be a number of changes:

The announcement trailer is just that: an announcement. Most of the details will eventually be revealed on April 3 via Borderlands 3‘s official website.

More Borderlands While You Wait

If you can’t wait until the actual release of Borderlands 3, don’t worry. There’s more Borderlands on the menu. The original Borderlands will be back with a new Game of the Year Edition, also on April 3. Likewise, Borderlands: The Handsome Collection — which includes the second game and The Pre-Sequel — will get Ultra HD texture packs.

As initially reported by PC Gamer, Borderlands‘ GOTY Edition will be free for owners of the original game. This will include a “visual remaster” along with tweaks such as a more simplified inventory system, automatic health and ammo pickups, and a minimap reminiscent of the sequel’s presentation. As for the two games in The Handsome Collection, the Ultra HD texture packs will be available for download (also for free) by next week.

So yes, we’ll have more Borderlands 3 details coming up on April 3. On the same day, we’ll also be able to check out the changes to the remastered version of the original as well as the improved texture packs. It’s going to be a very busy April for looter-shooter fans, that’s for sure.