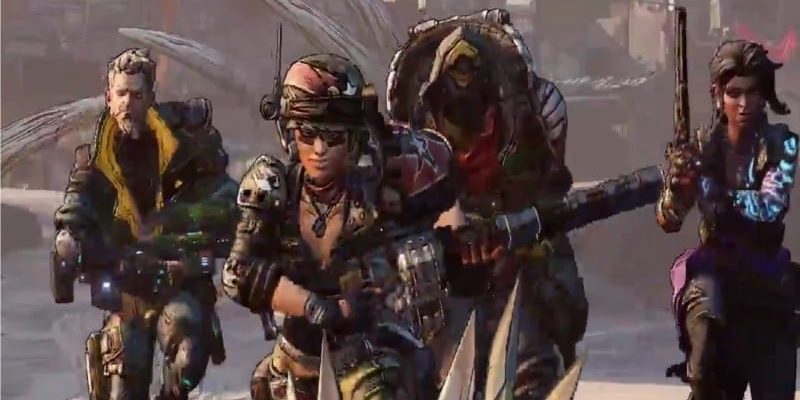 Update 1: It’s official. Borderlands 3 will be releasing for multiple platforms on September 13, 2019. Not only that, it looks like PC players will have to get it from the Epic Games Store. The recent tweet (which you can see below) shows the logos for 2K, Gearbox, the Xbox One, PS4, and Epic. PC Gamer has also reported that it will remain an Epic exclusive until April 2020.

#Borderlands3 arrives on Xbox One, PS4, and PC on September 13, 2019! Tune in to the Gameplay Reveal Event on May 1st, where we’ll debut the first hands-on looks! Pre-order now to get the Gold Weapon Skins Pack!
➜ https://t.co/inj5DmoR3U pic.twitter.com/xjbIqrdZus

Update 2: Gearbox CEO Randy Pitchford has also commented about the controversy, previously noting that the deal was in 2K’s hands and not Gearbox’s. He also added this tweet:

Crazy Earl talking: It’s not my call, but if Gaben legit announces Half-Life 3, I will use all the leverage and influence I can to get our game on Valve’s store as soon as reasonably possible. No promises, but I would go as bananas for HL3 as you all are going for Borderlands 3.

Original: April 3 is supposed to be a big day for Gearbox Software and the Borderlands franchise. Today, we’ll see the release of Borderlands: Game of the Year Edition, which will also be a free update for owners of the original. Borderlands 2 and The Pre-Sequel will also be getting their HD texture packs. The biggest news, however, will always be about Borderlands 3. The next step in the looter-shooter franchise’s storied history has gotten fans excited and worried. After all, Randy Pitchford has been flirting with the idea of exclusivity with the Epic Games Store.

But we don’t have to wait for too long because a couple of leaks unveiled the cover art for the game as well as its release date. Check out the video below captured by Twitter user @Scapman:

Here’s where things are thrown a bit out of the loop. For some reason, the Twitter user mentioned that it would be an Epic exclusive, and there might be some credibility to that. If you take a look at the end of the video, it shows the Gearbox and 2K logos… and the Epic Games logo as well. Still, we’ll have to wait for an official word from Gearbox to settle the score once and for all.

As for the release date, it’s September 13, 2019. We only need to wait a handful of months until Borderlands 3 arrives and we’ll get to see new characters Moze, Fl4k, Amara, and Zane in action. 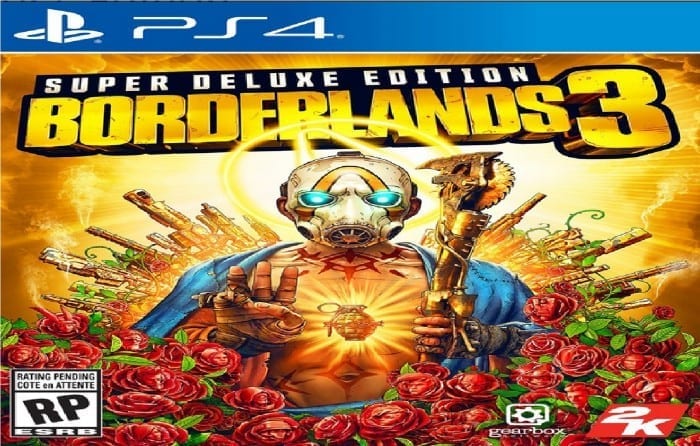 As for the cover art — which you can see in the featured above for the PS4 version of the game — it seems the psycho NPC we’ve seen in every Borderlands box art has finally transcended reality, reaching the heavens. Whether that’s because of the game’s billions of guns or because of the Epic deal is up in the air. There’d be numerous special editions of the game as compiled by user @Wario64: 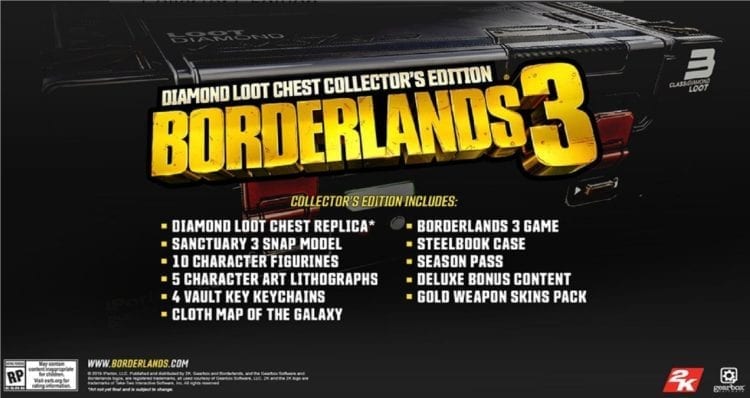 The day is still fresh and there are bound to be more developments. We’ll keep you posted once word has arrived from Gearbox officially.