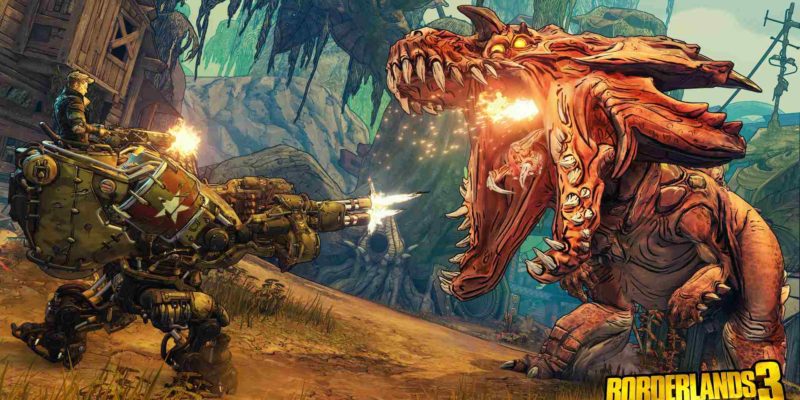 Cross-play has been been on the watch list for Borderlands 3 since April. At the time, however, publisher 2K couldn’t make any promises. Tomorrow, developer Gearbox is hosting a “celebration of togetherness” at the Borderlands website. Some speculated that the company was finally ready to lift the veil on cross-play, as well as announce some other unknown features. Unfortunately, tomorrow’s big goofy jamboree won’t have anything to do with cross-play. However, Gearbox head and walking PR disaster Randy Pitchford confirmed today that the feature will be added some time after launch.

Pitchford dropped the news via Twitter, likely to head off those who will ask about cross-play being unveiled tomorrow. In his post, he said “tomorrow’s thing is awesome, but *not* about cross-play.” However, he continued, saying the team is “committed to supporting cross-play for Borderlands 3 with our partners as soon as practicable after launch.”

To be clear, there will not be any cross-play functionality in Borderlands 3 at launch as we work closely with our partners to create a positive cross-play experience as soon as practicable,” he continued. “We are committed to cross-play on as many platforms as possible.”

Some folks may be speculating that this thing tomorrow may be about cross play. Tomorrow’s thing is awesome, but *not* about cross-play. But, Good News: We are committed to supporting cross-play for Borderlands 3 with our partners as soon as practicable after launch. #talklater https://t.co/XtUzrBpySP

I  suppose that’s about as good as confirmation as any. Cross-play allows people on different platforms to join up and play games together. The feature has been a hot topic in gaming for a few years now. More and more people want to join up with friends across a variety of systems. Borderlands 3, coming from a franchise of ridiculously popular online co-op games, would be a perfect pick. And with all the negativity that has surrounded the game and Pitchford as of late, it could use the good news.

As far as when the feature may be implemented, we won’t know for a while. We certainly won’t be told tomorrow, for whatever the hell this celebration is about. But hopefully word will come soon not long after Borderlands 3 launches on September 13.