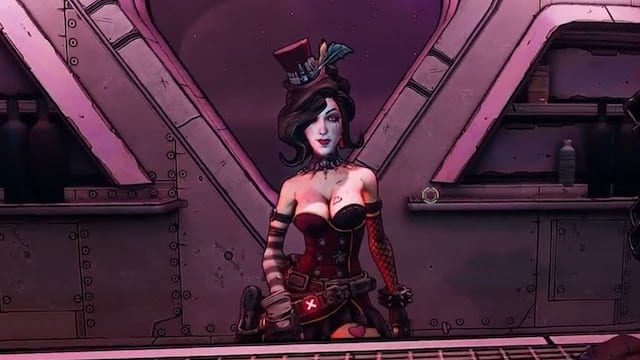 Can’t wait for the debut of Moxxi’s Heist of the Handsome Jackpot DLC for Borderlands 3? Hey, neither can we. It’s set to make its debut on December 19, just in time for the holidays. That said, while we wait, we can at least get a good idea of what’s in store, thanks to some new footage provided by Gearbox Software.

In the gameplay footage, viewable below, players get an introduction to Handsome Jack’s intergalactic casino. But they also learn why Mad Moxxi enlisted them in the heist in the first place. It’s simply a matter of revenge.

Handsome Jack built the Handsome Jackpot casino back when he was working with Hyperion Corporation. Of course, he based it around himself, since that’s how his ego is. And this ticks off Mad Moxxi to no end, mainly because it was her idea to build a casino.

As a result, she’s put together the team in the hopes of robbing Handsome Jack blind. But it’s not without its rewards, as players can pick up some Legendary weapons and gear. For that matter, other new cosmetics, weapon trinkets, and emotes also await.

Ahh, but there’s a catch. This heist is anything but typical, as Handsome Jack is aware that the Vault Hunters want to clean him out. So he calls upon his Hyperion forces to take them out. Not only that, but a few casino goers don’t seem too happy about giving up their winnings. So they get in on the action as well, hoping to score a victory to go with their cash flow.

The footage provides a good look at what the DLC will entail. It is available either via the Season Pass or with the Borderlands 3 Super Deluxe Edition. If you didn’t pick those up yet, you can find them on the Epic Games Store.