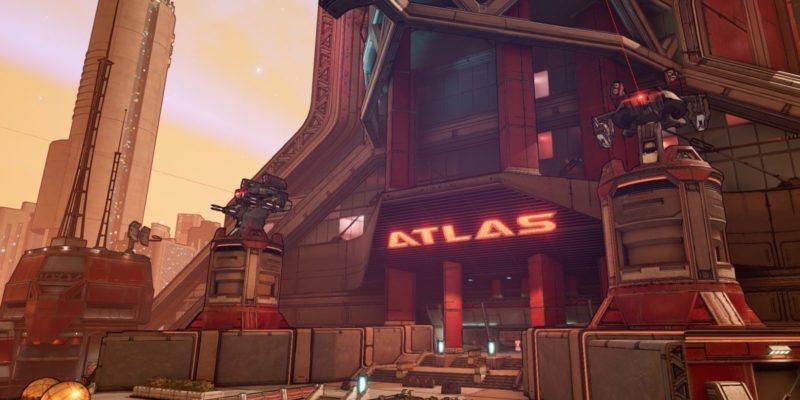 While the original announcement dates back to 2015, we have been getting more and more news regarding the Borderlands movie in recent times. With Eli Roth as the director, the team behind the film has been putting together an all-star cast. Cate Blanchett will take on the role of Lilith, Jamie Lee Curtis will be Patricia Tannis, Kevin Hart will be the film’s Roland, and Jack Black will provide the voice of the Claptrap. Furthermore, we know Ariana Greenblatt will be Tiny Tina, and Florian Munteanu will portray Kreig. However, the hype train is not done just yet. A new member is joining the cast of the Borderlands movie, with Édgar Ramirez coming on board as Deukalian Atlas. We’ve also learned a little more about the Borderlands movie’s plot.

Deukalian should sound familiar to anyone who has played the games. The founder of the renowned Atlas Corporation has given Vault Hunters plenty of well-balanced guns over the years. However, there is more to his role in the movie.

Deukalian will act as a catalyst to the events in the movie once tragedy strikes him. His daughter mysteriously goes missing. As the most powerful person in the universe, he wields plenty of resources to see her safe return. Tapping on the help of Lilith, an outlaw with her own mysteries, Atlas enlists help to seek out his daughter. In order to fulfill the deal, Lilith joins up with an unexpected crew.

In the Borderlands film in production with Lionsgate and Arad Productions, Edgar Ramirez will play the role of Deukalian Atlas, the Founder and CEO of the Atlas Corporation. pic.twitter.com/28ADh5nNTW

Roland, a mercenary looking for redemption, Tiny Tina, a young girl who loves explosives, Kreig, her muscular but kooky protector, Tannis, the scientist that is always on the verge of going insane, and Claptrap, the wise-crack robot make up the whole team.

Together, this group of unlikely heroes will battle monsters and bandits alike in order to seek out Atlas’ daughter in the Borderlands movie. She might just hold the key to unimaginable power.

There are certainly some familiar elements in the story, but it should make for some good fun. Now that most of the major players are in place and we have the plot, we just have to wait for the Borderlands movie to finish filming. Fingers crossed.