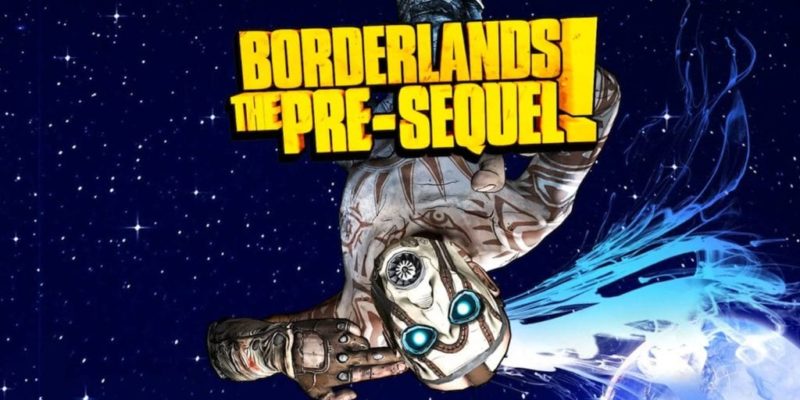 2K have announced Borderlands: The Pre-Sequel, a… pre-sequel to Borderlands 2 which has you fighting alongside Handsome Jack and witnessing his transformation into the tyrant you battle in Borderlands 2. There are four new character classes, a Cryo elemental type, a laser weapon class, and – because you’re fighting on Pandora’s moon – new gameplay elements, like low-gravity, and the ability to use your oxygen tanks as jetpacks to boost you higher.

The four new characters are all people you’ll recognise from previous Borderlands games. Athena the Gladiator comes from The Secret Armory of General Knoxx; she’ll be using a Kinetic Aspis shield that converts incoming damage into energy that can be hurled back at enemies. Wilhelm the Enforcer was one of the earlier bosses from Borderlands 2. Nisha the Lawbringer was the sheriff of Lynchwood in Borderlands 2. Finally, Claptrap the Fragtrap is… look, it’s Claptrap.

It’s being co-developed by Gearbox and 2K Australia, and it’s billed as a complete, full new game in the Borderlands series. Borderlands: The Pre-Sequel is due out later this year, and there’ll be plenty more news to come.

The Last of Us: Remastered coming to the PS4