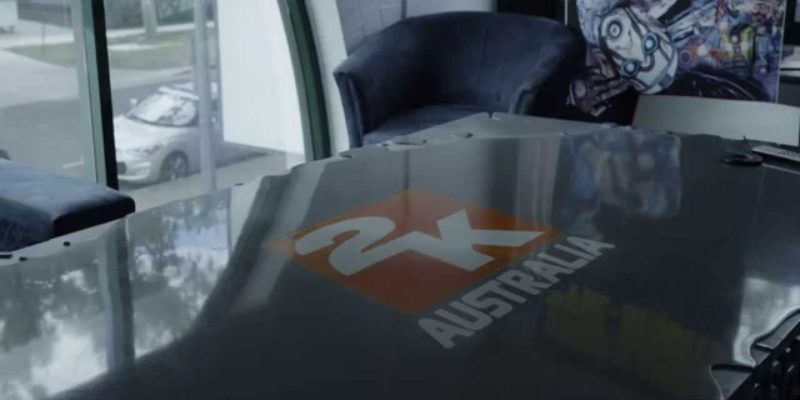 This is how all videogames are made: people pointing at screens.

I hope everybody who sees this game early writes up a pre-review. That’s a rubbish joke, I’m sorry. It’s late and I’m writing about a Borderlands: The Pre-Sequel ‘Making Of’ video.

This is Episode One of what apparently will be a series, taking you vaguely through the process of making Borderlands: The Pre-Sequel. Except not really of course, because taken literally that would be lots of extremely high-level coding discussion that only a handful of people would understand. So instead this adver-trailer is mostly just Gearbox and 2K Australia explaining why they’re making more Borderlands.

It’s because Borderlands is a high-selling series and publisher 2K Games likes money. That’s the main, real reason. But the other reason and the one put forward in this trailer is because there’s more story to tell in-between Borderlands and Borderlands 2. The reason 2K Australia is doing much of the development is probably because Gearbox is busy with Battleborn and remastering Homeworld and stuff like that.

So yes, watch the video below to learn slightly more about what Borderlands: The Pre-Sequel will be. If you need to save time, the answer is: more Borderlands. Which is fine! I’m just saying.

Mount & Blade: Warband is free to mount and play this weekend

Could The Witcher 3: Wild Hunt be the next Skyrim?