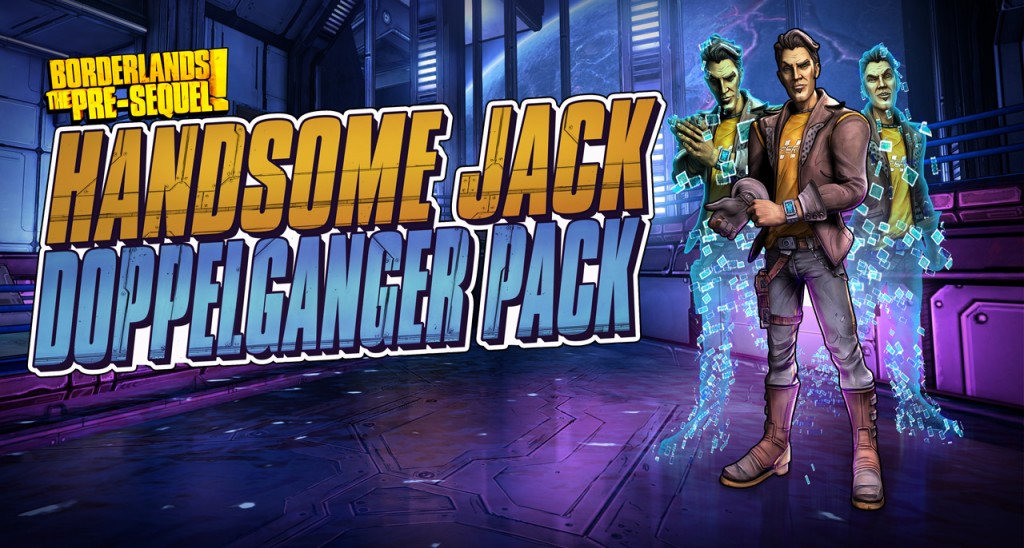 The first DLC pack for Borderlands: The Pre-Sequel will let you step into the shiny shoes of Handsome Jack. Sort of.

The Handsome Jack Doppelganger Pack lets you play as a doppelganger of Handsome Jack, as a new character. His big thing is the ability to summon “Digi-Jacks” that’ll help him take down foes. Depending on how you spec out his skill trees, these Digi-Jacks can – amongst other things – earn you bonuses or get you a Second Wind should you get knocked out. Not-Jack can also fire wrist lasers, get buffs every time he picks up cash, and get upgrades for using guns made by certain manufacturers.

The Handsome Jack Doppelganger Pack is free in the Borderlands: The Pre-Sequel Season Pass, but it’ll also be available for everyone for $9.99 when it launches next week.

No word on the specifics of the other three bits of DLC planned for the Season Pass, but the Handsome Jack Doppelganger Pack update on the official Borderlands site claims that they’re planning another new character, a new campaign, and a level cap upgrade, amongst other things.

The Handsome Jack Doppelganger Pack will be released on 11 November (next week) and will cost $9.99, or can be obtained through the $29.99 Borderlands: The Pre-Sequel Season Pass.