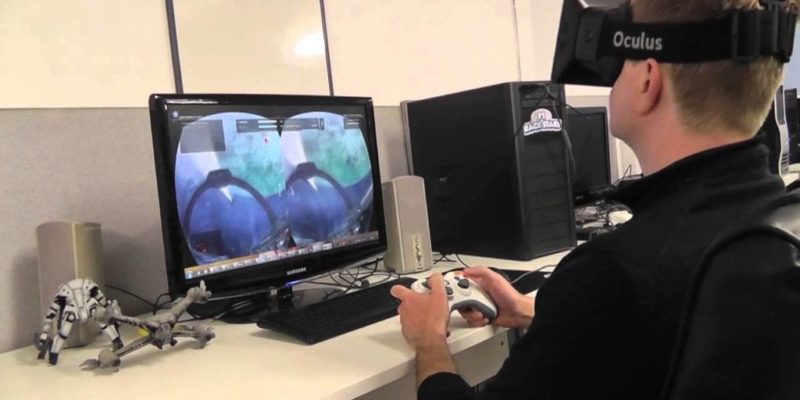 If there is one genre where the Oculus Rift could excel it’s the flight sim/space sim genre. The benefits of sitting in a cockpit and not having to worry about using the body to turn and using either a joystick or keyboard as a controller are massive.

It’s good news then that Born Ready are busy working away on Oculus Rift support for their space combat title Strike Suit Zero. In a video update from CEO James Booksby, he explains their current plans for Oculus support and and also demonstrates an early version of Strike Suit Zero on the Oculus.

A beta version of the game with Oculus support will be available soon to the original Kickstarter backers who can chip in with an extra $1 for access to test. The Oculus version is expected to be ready at the end of the year and will be free for anyone who has already purchased Strike Suit Zero.

If you are at the Geekopolis event in Paris From 25-26 May, the Oculus Rift version will also be playable on the Born Ready Games booth.