Welcome to the final boss fight of Star Wars Jedi: Fallen Order. And you won’t believe who it…it’s the Second Sister again. I mean, who did you expect? Of course, by this point we know she’s the fallen Jedi padawan turned Sith inquisitor Trilla Suduri. You do face her on Zeffo before the final showdown later, but it was less of a fight and more of an interactive cutscene. Now it’s the real deal.

Trilla wields a double-bladed lightsaber in this fight, and she does so with skill. And probably a lot of angst. As far as lightsaber battles go, this will be the toughest challenge you’ll face. Trilla spins her weapon around quickly, making it difficult to predict when to counter. She also adds unblockable moves to her combos, forcing you to choose wisely when to parry or try and dodge out of the way. 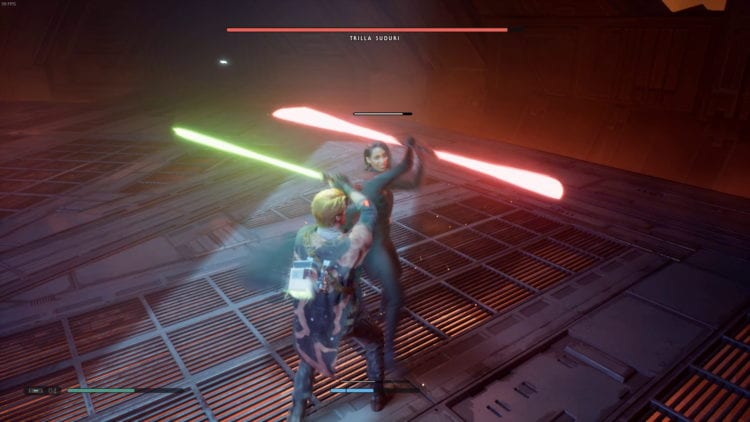 Parry her attacks but get ready to dodge at any second.

She also wields Force powers with impunity. Her dash returns in this fight, but she’s far more aggressive with it — no longer content to just dash and taunt, she dashes about to keep you guessing. Watch for Trilla to twirl in the air during a short hop. That’s your indicator that she’s about to send a shockwave, akin to the ability once used by the Ninth Sister. She only sends out one wave, but you’ll still need to jump over it. At times, Trilla will also throw her lightsaber at you, but it’s sluggish enough for you to counter it easily. Block when she brings her left hand back, as she’s charging a Force Push.

Like the previous fight, Trilla’s second phase begins after a short cut scene that starts when she’s at half health. She gains a new and very annoying move during this phase. At times, she drops a flashbang grenade during the melee, which covers most of your vision. However, this is the only notable change. The fight carries on much the same as it did in the first phase. You just need to stay aware of the flashbang and keep dodging and countering until her health bar is depleted. 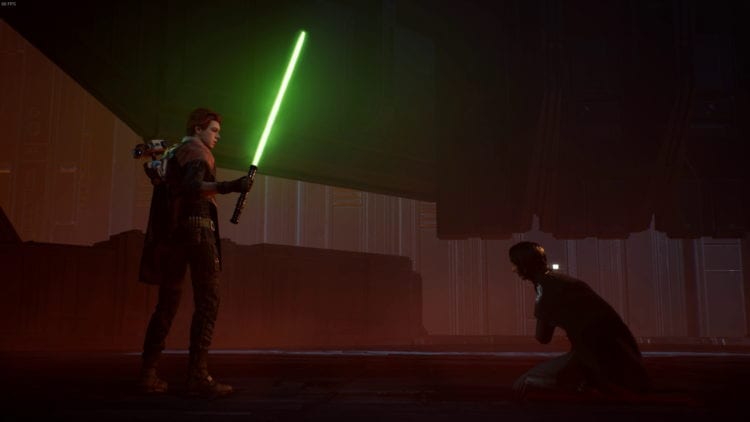 That takes us to the end of our boss fight guide for Fallen Order. Be sure to check out our glowing* review of the game, as well as further coverage.