The Security Droid, much like the AT-ST from before, is your introduction to a new enemy type. And honestly, that’s about it. It’s not much challenge to drop the Security Droid, as its moderately slow movements and limited arsenal can do little against a Jedi.

Taking down this boss is a rather simple affair. It moves somewhat laboriously compared to organic enemies, but it can briefly charge you. The charge can be dodged easily so long as you keep a few feet of distance away from the bot. Its attacks are slow and easy to counter. In fact, countering is the best way to tackle the robot menace. Wait for the droid to broadcast its punch, then time your parry to deflect the blow and whack away. 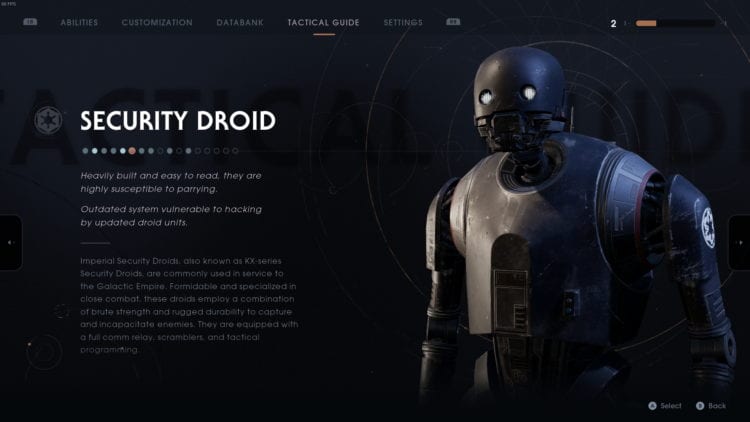 Challenge does not compute.

However, there is some danger if you’re careless. The Security Droid can grab you and taunt your silly Jedi ass before delivering a mean, humbling blow. But if countering is just not your jam, you can take out the droid by dodging and attacking until it’s dead. You’ll get a nice little execution animation for your effort.

Next up, the Rabid Jotaz — a legendary beast that can be beaten by a pillar.

By Jason Rodriguez14 mins ago
Guides