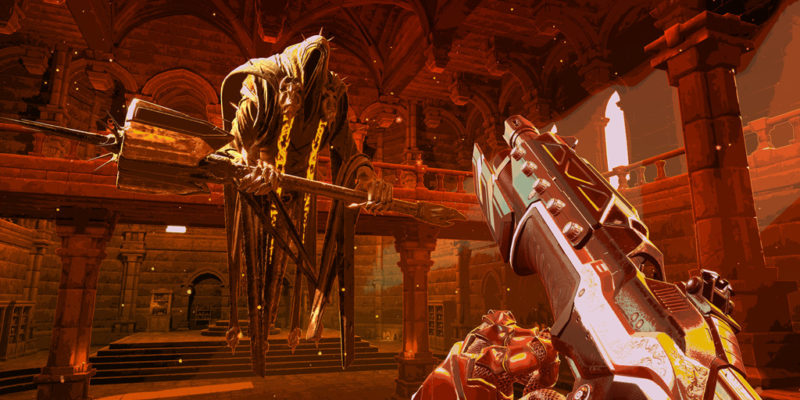 The two recent Doom games masterfully merged combat and music, and now an independent developer is giving it a go. BPM: Bullets Per Minute from developer Awe Interactive aims to create a high-octane shooter experience, by combining these with rhythm. In BPM, you need to match your shooting boots with your dancing shoes to be successful.

To celebrate its Steam launch, Awe Interactive has delivered a booming BPM: Bullets Per Minute launch trailer. It shows off exactly what the game has to offer, treating our eyes and ears to colorful combat arenas and loads of different music styles. The influence of Doom 2016 and Doom Eternal are never far away, but BPM’s focus on rhythm-based combat does set itself apart. The video clip also shows off some outlet impressions, and it’s doing pretty well on the lead up to launch.

Speaking of which, we went hands-on with the game recently for review. Whilst we weren’t overly impressed by its attempts to be a rogue-like, its unique mix of shooting and music really worked. Of course, being from a smaller team, it lacked the overall polish of the recent Doom games. However, that didn’t stop it from delivering a heart pounding experience throughout its duration.

We know that BPM: Bullets Per Minute focuses on shooting and music, but how is the game structured? Well, the game serves up randomly generated dungeons infested with grotesque monsters, tasking players with taking on the role of a Valkyrie. The goal is to take out each boss to a beat, and you’ll probably feel pretty cool doing so. In total, the game contains seven boss fights before you reach the final fight, and you’ll want to collect all the gear possible for that last boss. 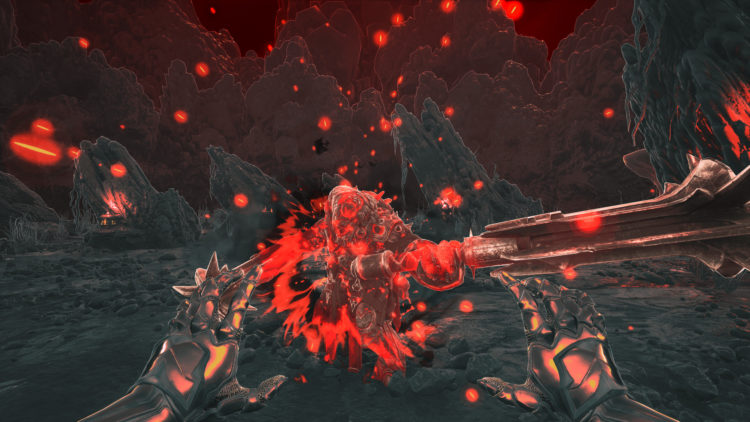 BPM: Bullets Per Minute launches today, September 15 on Steam. A console version is also in the works for release at a later date.

Spellbreak Guide – How to beat the powerful Stoneshaper