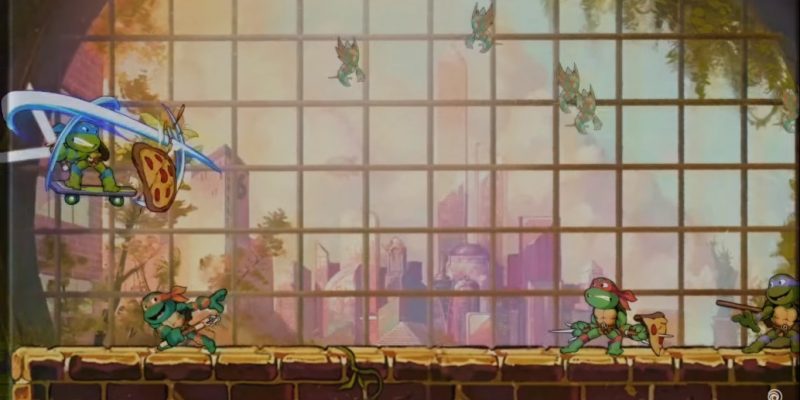 Of the many Super Smash Bros-like games that have popped up over the years, Brawlhalla is easily one of the most beloved. Over the years it has fostered a strong community through a smart and fair monetization system, and a thriving esports scene. Not to mention lots of crossovers with everything from Adventure Time to Hellboy. The next big crossover is Brawlhalla and the TMNT.

The turtles are kicking off a new in-game event which features a new mode called Crew Battle. We don’t have all the details yet on what Crew Battles are, but you can see a small piece of it in the trailer below. In addition there will also be a new K.O. Effect featuring Shredder and the Foot Clan. There will also be new signature attacks available featuring Master Splinter and Casey Jones.

As expected when new characters show up, a new stage will also be available with the turtles. This new map recreates the sewers the turtles call home and features Free-For-All and 1v1 variants. There will also be new avatars available for players to choose. That includes the Foot Clan symbol, Krang, the Technodrome, and an animated avatar with all of the Turtles’ faces on it.

In the trailer for this Brawlhalla and TMNT crossover we see all four heroes in the half shell in action. Leonardo, Raphael, Donatello, Michelangelo, all seem to have their own unique moves and skillsets. Similarly to how they worked in Injustice 2. You can get Brawlhalla right now on Steam. The game also features cross-platform play between PC, Xbox One X, Xbox Series X and S, PlayStation 4, PlayStation 5, and Nintendo Switch. You also won’t have to wait long to get your hands on the turtles, as they are arriving next week on June 16.