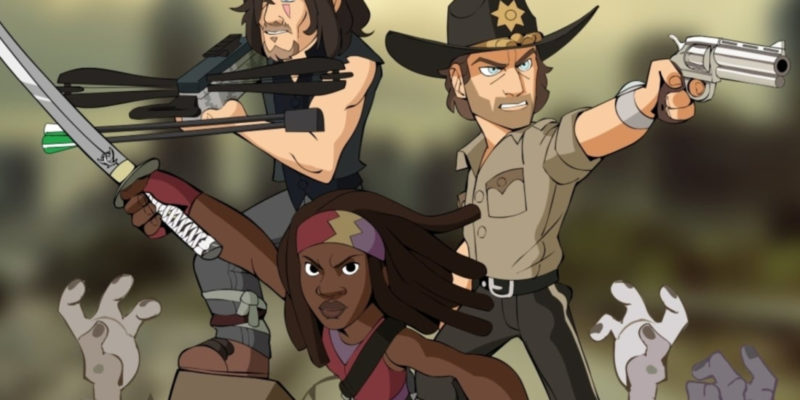 Crossovers can be hit or miss in the gaming space. Just look at the new Sonic the Hedgehog skin in Fall Guys as part of Sega’s 60th anniversary celebrations. While certainly not as jarring as that, the latest Brawlhalla x The Walking Dead crossover is a curious and fun one. Seeing the style of the brawler applied to familiar characters from the television show is quite a cool concept. The likes of Rick Grimes, Daryl Dixon, and Michonne can now be used to battle it out with the wide variety of characters already in the game.

The Brawlhalla x The Walking Dead crossover event will feature custom Signature effects, weapons skins, and more. For veteran players, the three new characters will mirror the existing fighters that are Barraza, Koji, and Ember. Rick comes to the fight with both his hatchet and trusty revolvers. Daryl brings the heat with his motorcycle, crossbow, and other weapons to surprise, while Michonne is ready to unleash her sword skills to cut down her foes.

Till death do us slay

This new Brawlhalla x The Walking Dead crossover will also bring a new Brawl of the Week. The undead walkers have arrived in Brawlhalla as well, threatening the safety of everyone. Survive for as long as you can, but bear in mind that the longer you fight, the more walkers will appear. Earn points by scoring KOs, staying alive, and outlasting your competition.

The new content will also see the game’s second Battle Pass move into the fourth week of missions. With 85 tiers of exclusive rewards waiting to be unlocked, you can use the trio to help complete more missions.

The Ubisoft-backed Brawlhalla has certainly seen plenty of partnerships in addition to the Brawlhalla x The Walking Dead crossover. The likes of Adventure Time, Ben 10, Steven Universe, the WWE, and even Tomb Raider have all made appearances in one way or another. 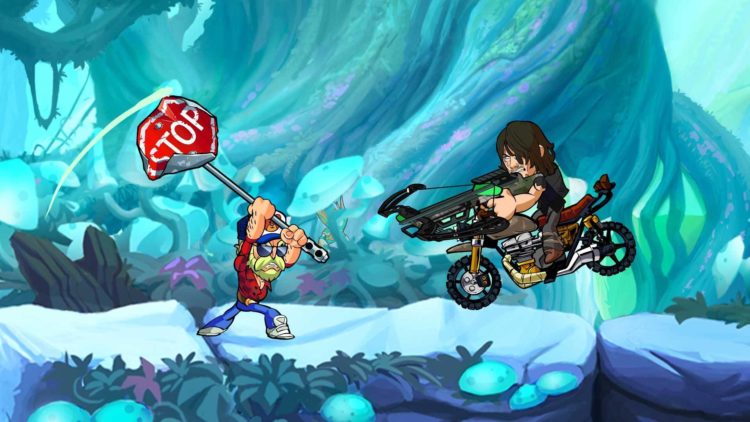