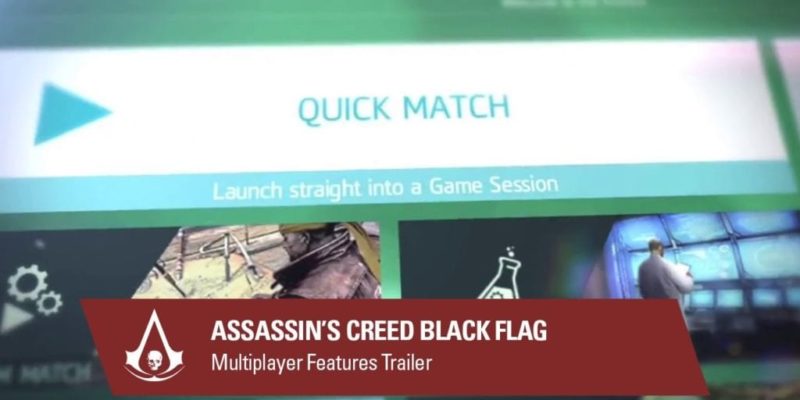 Pirate fop will murder you all in your sleep. And when you’re awake, too.

I know, I know, it’s another Assassin’s Creed IV trailer. The game’s actually out for 360 and PS3 peeps, but thanks to an annoying staggered release date the PC version will be coming with the versions for the new consoles. That’ll be around 21-22 November.

Anyway, multiplayer is back. That’s probably a good thing, unless you’re sick of it after playing Brotherhood, Revelations and Assassin’s Creed 3. This video takes a look at Artifact Retrieval, which is a (sigh) Capture the Flag mode. Look, the multiplayer in Assassin’s Creed: Brotherhood felt really refreshing, why sully it with played-out crap like Capture the Flag?

Still, for people like me who want something a bit more novel, there’s the ‘Game Lab.’ This allows you to customise a match with various settings and restrictions, demonstrated in the trailer by the creation of a free for all mode where players can only use guns. That sounds like a terrible mode! But no doubt players can do better.

There’s still no sign of a Rockstar-esque free-roam multiplayer, which is probably where Assassin’s Creed will have to take it before too long.