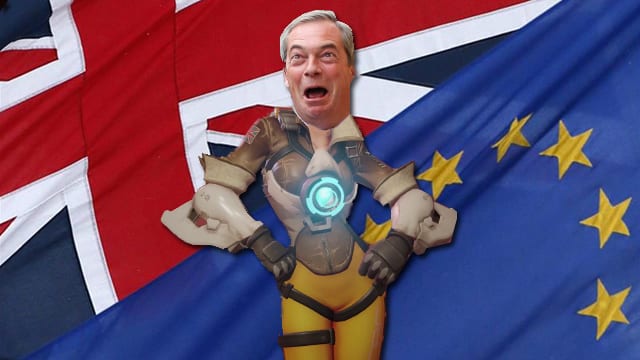 Last night’s Brexit vote has caused shock to economists, pollsters, and David Cameron enthusiasts across the world. After such a historic event, a period of turmoil and chaos is inevitable. But the PC gaming industry appears to have moved swiftly to reflect the upcoming transition from EU integration to defiant British isolationism.

Several of the platform’s most familiar games are going to look quite different after their updates. Alarmingly so, in some cases. 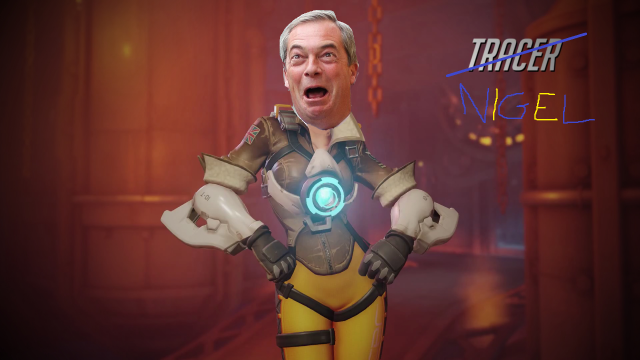 Blizzard have wasted no time in deciding that the character of Tracer is a bit too cosmopolitan for the new look UK. In a change that may cause some controversy, she has been replaced with pub-loving, UKIP leader Nigel Farage. Nigel will come with a couple of default voice barks, including “we’re not actually going to spend £350 million on the NHS after all” and his memorable battle cry “we won without a shot being fired,” which he will scream after every Overwatch kill. 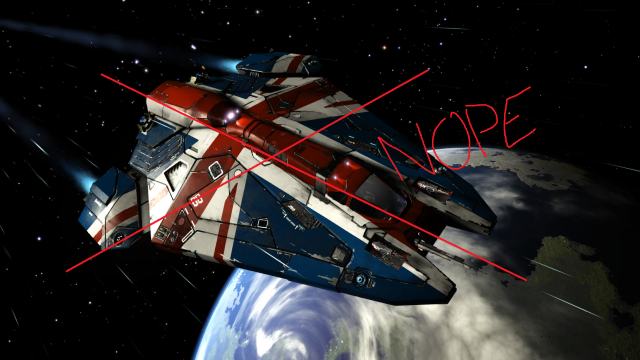 In light of Scotland’s renewed calls for Independence, and the impending break-up of the United Kingdom, Elite: Dangerous’ Union Jack ship skin is being retired. Replacement colours will be offered to those who already own the Union Jack livery, including ‘Imperial Pink (Distressed)’, ‘White Regret’ and ‘Cam-Maroon’. 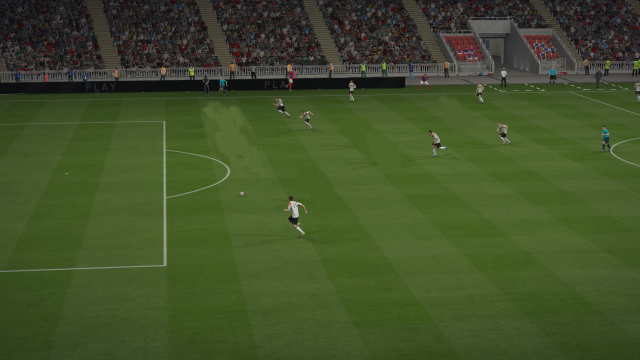 While it will still be possible to select England in FIFA 16, whenever you play against another European nation all your players mysteriously vanish. This makes it particularly difficult to progress in international competition. In career mode, a new update alters Premier League transfer prices to better reflect the value of the pound. A journeyman full-back from Division Two will cost £15,000,000,000 and Lionel Messi’s fee appears to now be represented by the words “haha, no”.

Due out next year, Farming Simulator 2017 will be making some dramatic changes to its core gameplay as a result of the Brexit decision. Opting to run a British farm is now considered ‘hardcore mode’. Players have to turn a profit with zero support from the Common Agricultural Policy and contend with the new ‘crippling depression’ mechanic. The pre-order shotgun item is, frankly, in poor taste. 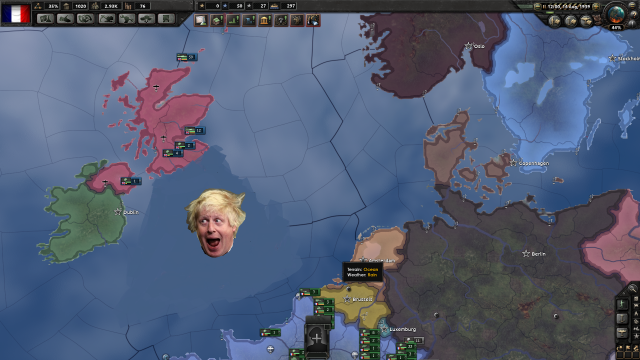 Even history, it seems, isn’t safe from the effects of Brexit. In an act of what can only be described as sheer petulance, Paradox have removed England (and Wales) from their popular WW2 strategy title Hearts of Iron IV. Instead of bravely battling fascism on the beaches of France and taking down the Luftwaffe, UK players now have to contend with a fractured isle and the giant floating head of Boris Johnson acting as a beacon-like warning of a dystopian future.

Oculus confirms they have “removed the check for Rift hardware”