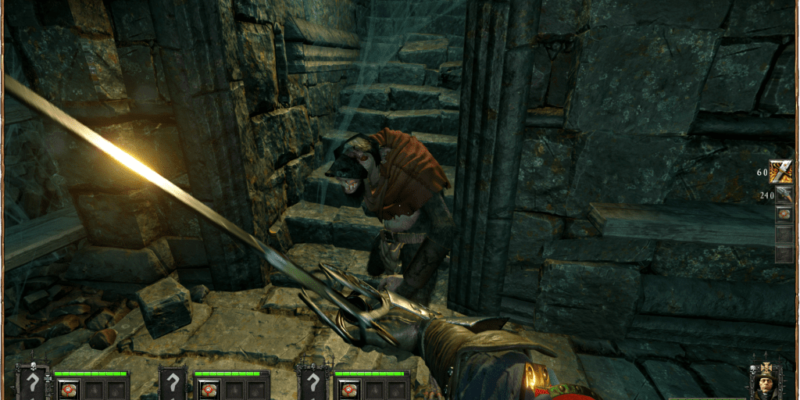 The fifth and final character class for Warhammer: End Times Vermintide has been revealed: the Bright Wizard. I can’t say this is really a surprise, but it’s still something I’m happy to see.

Sienna Fuegonasus is a Bright Wizard who arrives in Ubersreik as the prisoner of Witch Hunter Victor Saltzpyre, but evidently, he finds a use for her when the city comes under attack by hordes of Skaven.

For close up combat, Sienna can use a Wizard Mace, a Wizard Sword, or a Flaming Sword. At range, she’s got a selection of staves to channel her pyromancy in various ways. Piercing Bolts of Burning are rapid flame bolts that go through armour; Fireball is a long-range magic missile; Sear generates a cone of flames; Bolt of Aqshy is a magic missile that can pierce through multiple foes; Flameblast is a beam that stuns its target as it deals continuous damage; and Conflagration of Doom causes a pillar of flame to erupt from the ground.

All of this sounds very powerful, but it comes with the traditional trade-off for magic users in Warhammer: if she can’t keep herself under control, her magic will backfire and she’ll wind up incinerating herself.

The other character classes (or heroes, or whatever) are the Witch Hunter, the Dwarf Ranger, the Empire Soldier, and the Waywatcher, all of which should offer a unique twist on End Times Vermintide‘s general gameplay of first-person co-operative Skaven-splatting.

Path of Exile: The Awakening Is Coming Out Soon