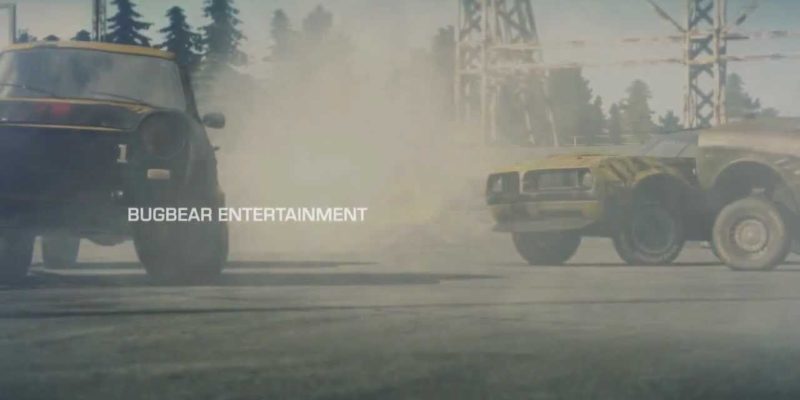 Earlier this year, BugBear announced they were working on a new car game called “Next Car Game” which we assume is a working title for the time being. As it’s been a few months since there was an update from BugBear, another email dropped in this evening announcing pre-orders.

BugBear were responsible for FlatOut, FlatOut 2 and FlatOut: Ultimate Carnage and this new game is described as the  “ultimate demolition derby game”.

Bugbear’s Creative Director and CEO, Janne Alanenpää commented: “We’ve been overwhelmed by the excited fan reaction to the teaser trailer we released in February. It showed us that there’s a dedicated fan base out there that are long overdue for a game that they want. That lead us to think that we should make the game together with the fans, to make sure they will have the game they want.”

With a reasonable amount of interest in the title they’ve decided to launch pre-orders ($25 for this weekend only) on their website, and should they receive 10’000 pre-orders, they’ll release a sneak peek of the game. Pre-order customers will also get access to a  pre-Alpha build.