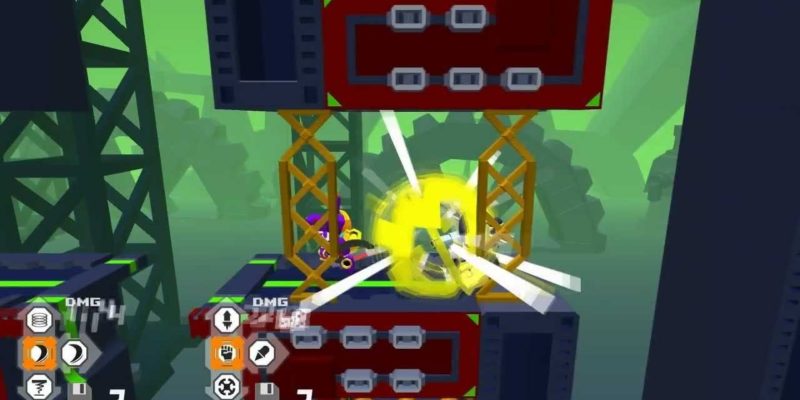 Indie dev Reptile Games has announced that their “electro fighting/beat ’em up” game, Megabyte Punch, will be smashing its way onto PC on 6 August.

I, uh… I hadn’t actually heard about Megabyte Punch until now, which makes me sad, because it looks rather excellent. The devs describe it as a cross between Super Smash Bros, Mega Man, and Custom Robo, and it’s not hard to see why: you fight your way through a bunch of stages, smashing enemies into bits, and picking up parts to customise your own fighter. Like, say, adding gun arms so you can shoot things, or a jetpack body so you can do a big flying charge, or mega-hips so you can pelvic thrust stuff to death. Or, judging by the trailer below, you can just punch things so hard they fly through walls, smashing them to pieces in the process.

And, obviously, there’s also multiplayer, letting you match your customised battler up against the customised battlers of others. Or enter tournaments to try to win rare parts. Or design your own levels in the level editor.

Megabyte Punch is set to hit the interwebs on 6 August for the price of $14.99 USD. A demo version is playable right in your browser, and it’s also seeking votes on Steam Greenlight. Watch the trailer below and just try to tell me this doesn’t look like fun.